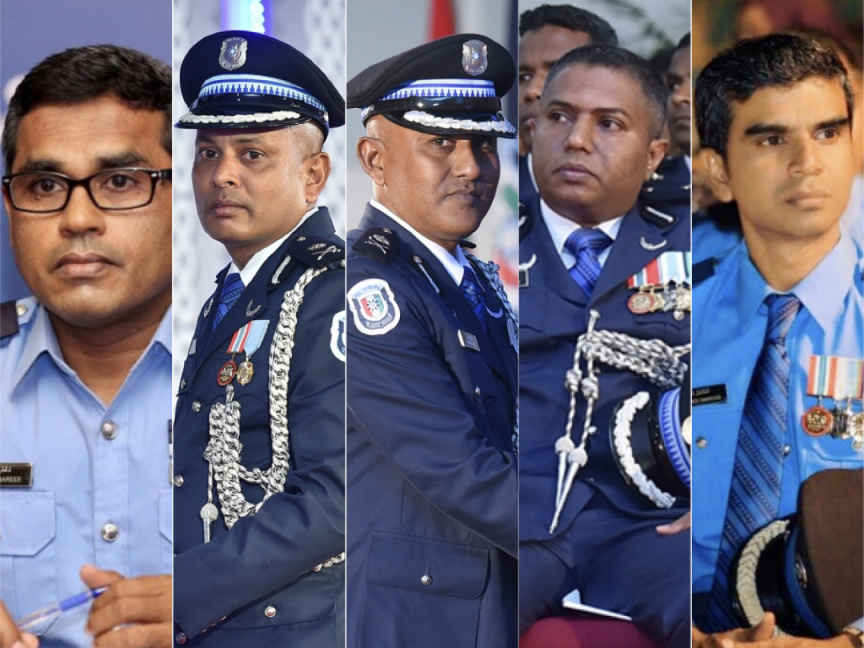 High Court has issued a stay order on the enforcement of the Police Board’s decision to terminate several senior officers of Maldives Police Service from their posts.

Five officers who were terminated from their posts had requested the Civil Court to issue a stay order regarding their termination – which was not granted. Subsequently, they had appealed the decision to High Court.

In issuing the stay order – High Court stated that the enforcement of the termination of the officers should be suspended until the conclusion of the unfair dismissal case filed by the officers at the Civil Court.

The Police Board decided to terminate seven senior police officers from their posts under the Police Service Act, ratified in December last year, taking effect this March – on August 10. The seven officers are:

Following this – ACP Mohamed Jamsheed and ACP Ahmed Mohamed were terminated from their posts on October 10.

Both of them were appointed ACP during former President Abdulla Yameen Abdul Gayyoom’s administration.

Jamsheed was also a member of the presidential commission formed to investigate the bomb blast on presidential speedboat, Finifenmaa – which Yameen had been onboard at the time of the blast.

Jamsheed also served as the head of police intelligence during Yameen’s administration.

Meanwhile, Ahmed Mohamed was the head of crime command.

All officers Police Board had recommended the termination of apart from Faruhad Fikury and Ahmed Shuhaad have filed a case at the Civil Court over their dismissal on October 6.