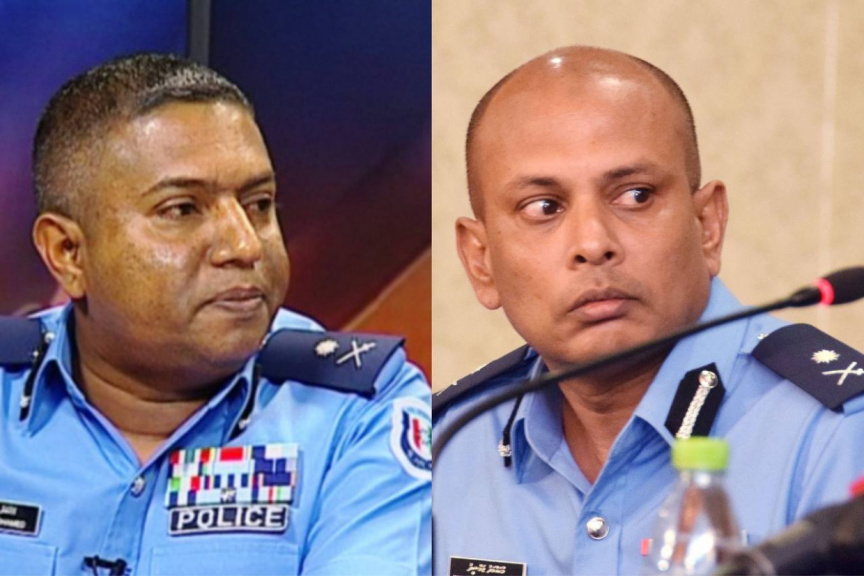 The two officers were informed of their dismissal via a letter sent yesterday – signed by Home Minister Imran Abdulla. The letter cited the reason for their dismissal to have been recommended by the Police Board deeming it inappropriate to let the officers remain in service following their review of allegations made against them – under the newly enacted Police Service Act.

Both officers were sent their notice of termination on September 30.

Speaking to Sun regarding his dismissal – Jamsheed alleged that his dismissal alongside some other senior officials was a result of some officers within Maldives Police Service conspiring against them.

“I note that some officers within Maldives Police Service have been conspiring against us – by spreading rumors to the media in order to defame us. This is extremely disheartening,” he had said.

He also added that he was extremely concern over the fact that their dismissal was in violation of the law.

In addition to ACP Jamsheed and ACP Ahmed Mohamed – the dismissal of five other senior officials from Maldives Police Service have been recommended by the Police Board. They are:

Their dismissal was recommended by the Police Board on August 10 – under the newly enacted Police Service Act.

Subsequently, all officers apart from Faruhad Fikury and Ahmed Shuhaad have filed a case at the Civil Court over their dismissal.

The law firm representing the five officers noted in a statement that the case was filed because when the decision to terminate the officers was made – they were not given a chance to respond.

People’s Majilis passed the Maldives Police Service Act (Law No. 34/2020) on December 6, 2020, and the President gave his ratification to the Act on December 27, 2020. Subsequently, the Police Board was constituted by the President as per the Act last April.

The Act, the Police Board confers the power to reappoint all officers above the rank of superintendents with the exception of the Commissioner of Police – if they are deemed unfit to continue serving on the force by the Board for abuse of power, infringement of the rights of someone else and corruption, or if a report has been made against them alleging such an action.