Attack kills 2 civilians in Kashmir, amid rise in violence 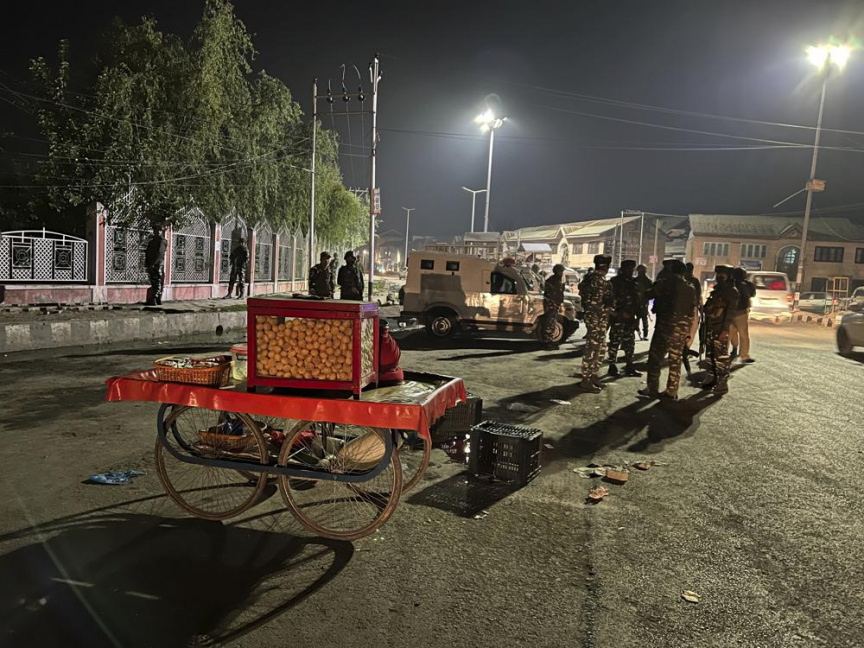 Indian soldiers cordon off an area where a street vendor was shot, in Srinagar, in Indian controlled Kashmir, Saturday, Oct. 16, 2021. (AP Photo)

The region has witnessed a major uptick in violence targeting Indian civilians who hail from outside of the disputed Himalayan region. Police have blamed militants fighting against Indian rule for the attacks.

A police statement said that two laborers were killed when militants “fired indiscriminately” in the southern district of Kulgam, with a third laborer critically wounded and taken to hospital. Officials said the dead were from the eastern state of Bihar.

Police have blamed a rebel group — known as The Resistance Front, or TRF — for the previous killings.

The group in a statement on social media said it was targeting those working for Indian authorities. The group’s statement could not be independently verified.

TRF was formed after India stripped in 2019 the region of its semi-autonomous status and undertook a massive security and communications lockdown for months. Kashmir has remained on edge ever since as authorities also put in place a slew of new laws, which many Kashmiris fear could change the region’s demographics.

India and Pakistan claim the divided territory of Kashmir in its entirety.