Sealife MD Ammaty pleads ‘not guilty’ to all 42 charges 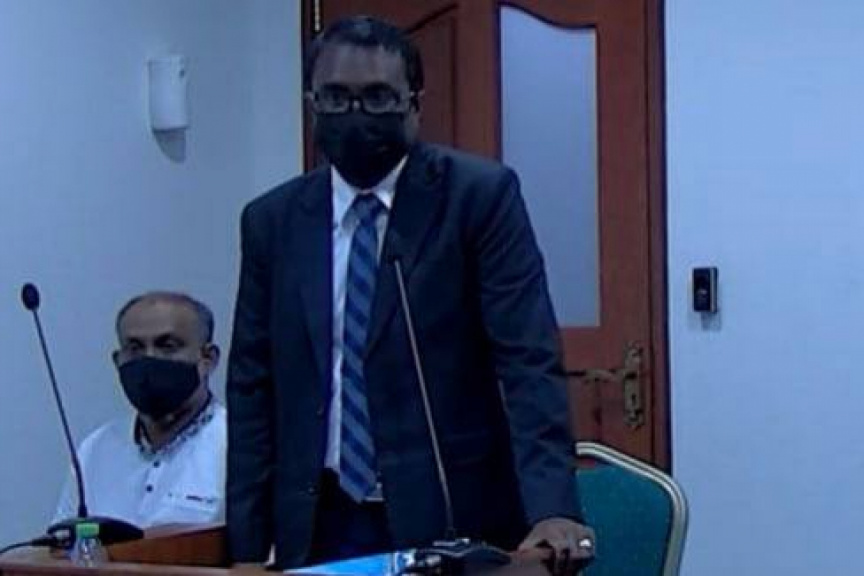 SeaLife Global’s managing director Ahmed Moosa Mohamed (Ammaty) – accused of defrauding over 200 tenants out of millions in booking fees for a proposed apartment complex in suburban Hulhumale’ – has entered a plea of ‘not guilty’ to all 42 charges against him.

Ammaty has been pressed with 42 charges of embezzlement. The charges against him were formally read against him by the Prosecutor General’s Office over the course of two hearings at the Criminal Court.

Ammaty’s attorney, former Prosecutor General Muhthaz Muhsin entered a plea of ‘not guilty’ on behalf of his client as each charge was read separately.

SeaLife announced its 3,000-apartment housing project, the SeaLife Complex in Hulhumale’, back in 2015.

280 tenants paid a booking fee of MVR 50,000 (some more than MVR 50,000). But the SeaLife Complex was never built and the tenants never reimbursed for their down payments.

The cumulative total of the booking fees collected by SeaLife is estimated to be upwards of MVR 14 million.

Ammaty, who had an Interpol red notice out for his capture since 2019, was arrested in neighboring Sri Lanka in February.

He was extradited to Maldives in March, and charged with 42 counts of embezzlement which could see him behind bars for 65 years in May. He had been in police custody until the Criminal Court ordered his release in June, declaring the case does not require his detention.

The decision was overturned by the High Court following an appeal by the Prosecutor General’s Office, citing Ammaty may influence witnesses and is deemed an extreme flight risk.