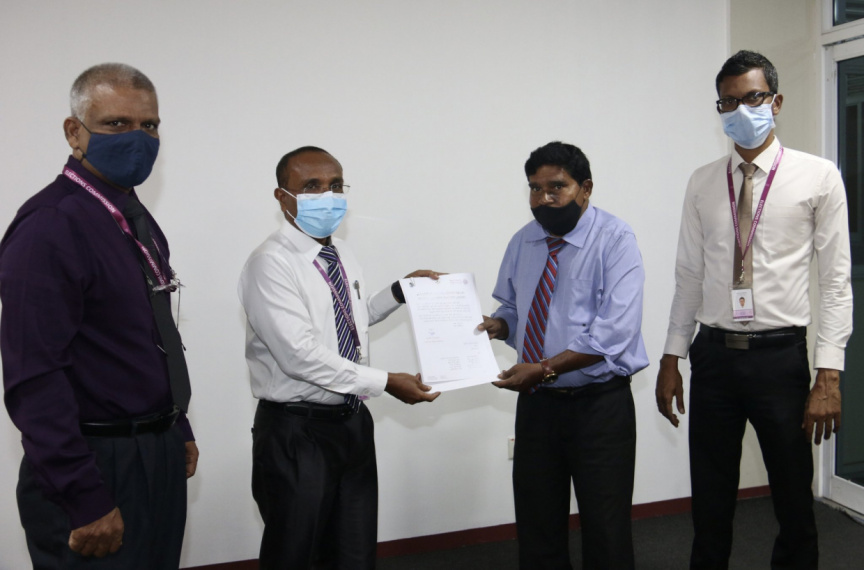 Elections Commission (EC) has revoked permission issued for the formation of a new political party by the name of Ihlaastheri Party Maldives.

EC had issued permission for the formation of the new party to Mohamed Ismail, M. Kelan, on October 3.

EC’s chairman Fuad Thaufeeq told Sun on Tuesday afternoon that the permission was revoked upon request of Mohamed Ismail himself.

“Mohamed Ismail submitted a written request today asking for the permission issued to Ihlaastheri Party to be revoked. We therefore fulfilled the request with due speed. He did not specify a reason for his request,” he said.

Fuad said that EC had received complaints from multiple sources, including private citizens and institutions, citing that the purpose of the formation of the party was socially unacceptable.

“EC found it the best, given Mohamed Ismail requested the revocation of permission amid multiple complaints,” he said.

Ihlaastheri Party’s founder, Mohamed Ismail had previously applied to form the party under the name Karishma Party. However, the application was rejected as ‘Karishma’ is a Hindi name.

MNP has secured the required number of members and has applied for official registration.

EC publicizes names of those registering with parties