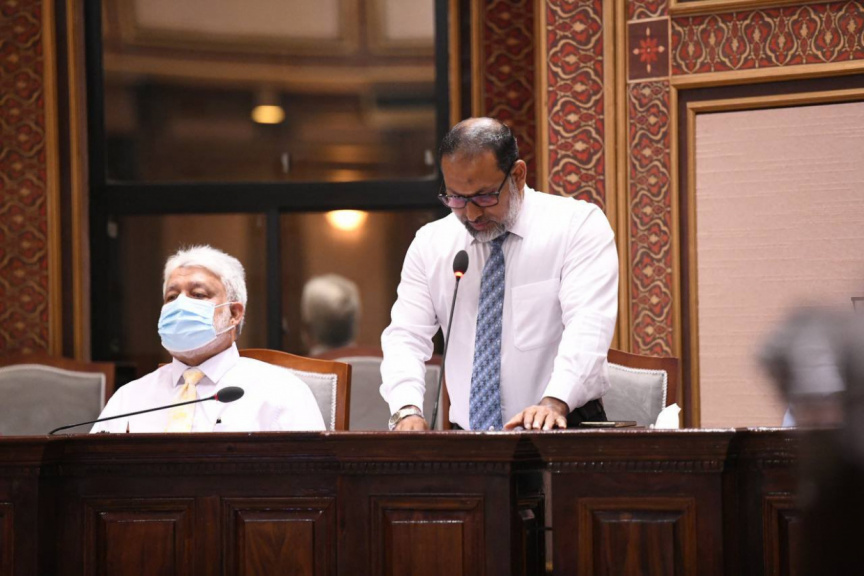 Deputy Speaker Eva Abdulla called out Home Minister Imran Abdulla on Monday morning, for answering a question pertaining to his responsibilities as Home Minister, in his capacity as the leader of Adhaalath Party (AP).

Imran, who attended the Parliament to answer queries regarding the Police Board, was asked by Kaashidhoo MP Abdulla Jabir whether he was aware there were terrorists and extremist-sympathizers in AP, and why he wasn’t taking any action against them.

Imran responded that there wasn’t anyone in AP who needed to be taken action against under the Counter-Terrorism Act.

“We, God willing, will not have terrorists or extremists, or anyone who needs to be taken action against under the Counter-Terrorism Act, in Adhaalath Party. We will revoke membership through Adhaalath Party’s committees,” he said.

Deputy Speaker interjected to point out that Imran was being questioned in his capacity as Home Minister.

Imran did not respond to the remark.