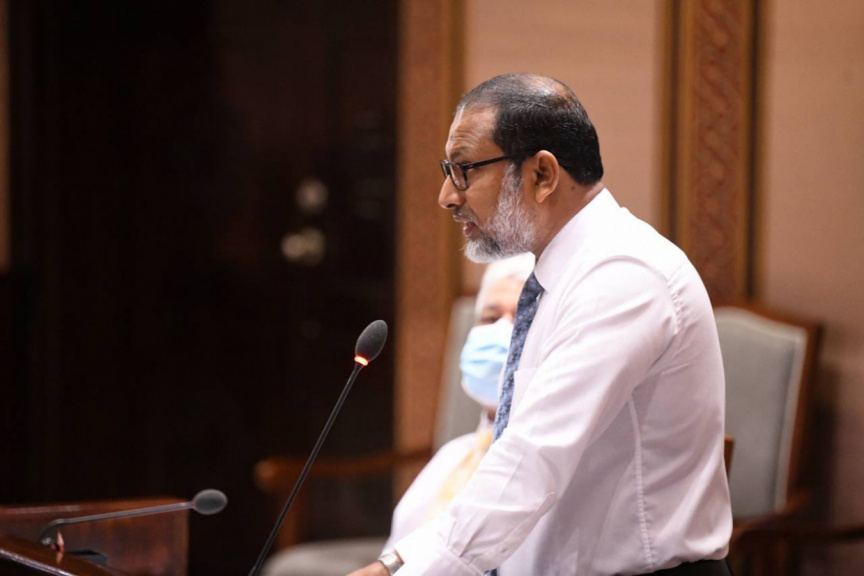 Home Minister Imran Abdulla has stated that the Police Board which was formulated under the newly enacted Police Service Act – is not subject to any political influence.

Responding to the question, Minister Imran noted that the Police Board was formulated to improve the policing system – and to do, they are required to advise the minister and all other necessary persons.

However, Minister Imran added that the minister does not play a role in every move made by the Police Board – stressing that their decision to remove seven senior police officers from their posts has no involvement of the minister.

“The law was not framed in a way that the minister is involved in the decision-making process of the Board. Hence, I played no role in this decision made by them,” he had said.

Speaking further, Minister Imran said that he was not informed of the Police Board’s decision in the first place – and therefore, he believed the Board to have acted in accordance with the law.

He also stressed that he believed there to be no political influence in the Police Board’s decision – as they had not been given any instructions to frame their decisions in a certain way by anyone.

“Thus, as I believe, there would have been no political influence in this matter from my side. I have not been informed of a complaint as to whether any other parties had made such an influence. That is why I believe that this decision was made by the Police Board in accordance with the law,” he had said.

The seven senior police officers which the Police Board had decided to remove from their posts are:

As per information received to Sun, their termination was recommended by the Police Board.

Whilst the Police Board continues to make such major decisions – Superintendent of Police, former Spokesperson of Maldives Police Service Izmia Zahir has recently raised concerns, targeting criticism towards a member of the Police Board.

Izmia said that the member in question appointed to the Police Board which is tasked with quality assurance of services provided by the police as well a deciding whether commissioned officers are capable of undertaking their duties – is an individual who has been removed from a post following abuse of power and sexual misconduct. She also added that it is hard to accept the fact that police officers must be answerable to such a person.