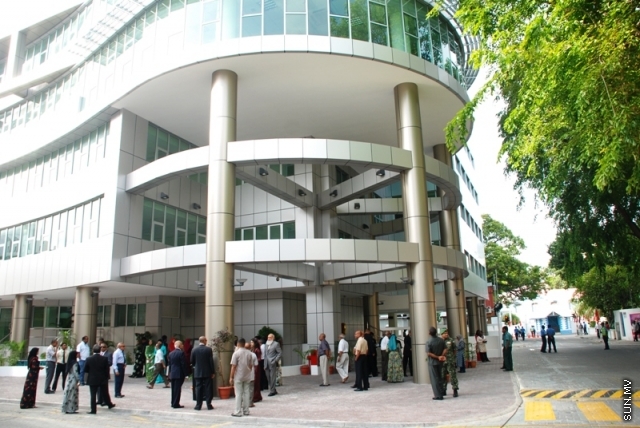 The Civil Service Commission (CSC) has requested the Pension Office to provide more than MVR2 million as pension for eight persons who retired from the government between 2008 and 2010.

Sun Online has received the official documents related to this matter, including the letter sent by CSC to Pension Office and the names of the eight persons.

The letter, dated 23 September 2012, states that the eight persons retired upon attaining the age of 55 years, and that they were removed from their posts as persons who are entitled to pension.

Pension for them was requested from April 2011 onwards.

Hussain Moosa of Finivaage, Kaashidhoo, retired on 5 January 2009 after having served the government for 22 years, 11 months and 24 days. A lump sum pension of MVR90,000 was requested for him.

Former Deputy High Commissioner to the UK, Adam Hassan of Ocean Lodge, retired on 3 June 2008 after having served the government for 24 years and 22 days. A lump sum amount of MVR320,000 was requested for him.

Mohamed Zuhair of M. Oceania retired from the post of Chief Executive Officer on 7 August 2008. MVR343,000 was requested for him.

Abdullah Shakir of Baikan’dige Aage retired from the post of Assistant Director on 22 September 2008. He should be paid MVR2,417 monthly, and MVR120,000 lump sum.

Ahmed Wajeeh of Hazaarumaage retired from the post of Executive Director in September 2008. MVR120,000 was requested for him.

Abdul Haadhee Ibrahim Didi of Aasikkage, M. Muli, retired after having served the government for 27 years, 9 months and 19 days. MVR114,600 should be paid to him.

Abdullah Faroog Hassan of Primrose, Fuvahmulah, who retired from the post of Commissioner on 7 August 2008 after having served the government for 39 years, 11 months and 7 days. MVR1,000,000 should be provided to him lump sum.

Adhnan Abdullah of Kudhimaage, Ha. Ihavandhoo retired on 7 June 2010 after having served the government for 34 years, 2 months and 14 days. He should be given MVR219,120.

The money to be provided to the abovementioned eight persons totals at MVR2,500,000.

The Pension Office has highlighted that this involves large amounts of money, and that the eight people are not entitled to pension under the Pension Act.

It has not been possible to contact CSC in relation to this matter.