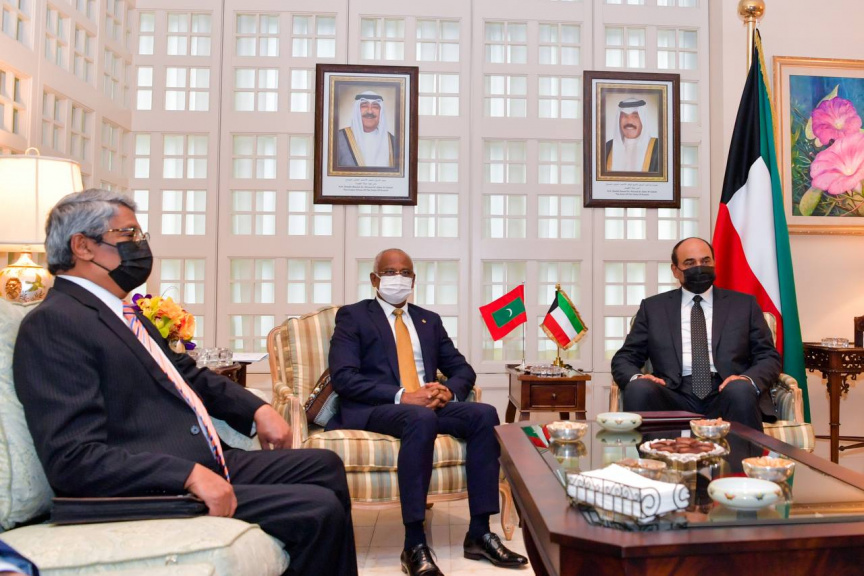 President Ibrahim Mohamed Solih has held discussions with Kuwait’s Prime Minister Sheikh Sabah Khalid Al-Hamad Al-Sabah regarding the expansions of cooperation between the Maldives and Kuwait in two sectors.

During this meeting, both leaders affirmed the mutual interest to advance tourism cooperation, people-to-people contact and business-to-business interaction between the two countries in the coming years. The countries also agreed to collaborate on international platforms such as through the United Nations to ensure peace, security and increasing resilience to achieve the Sustainable Development Goals.

President Solih also added that it was a pleasure to welcome back Kuwaiti tourists to the Maldives following the border reopening after the COVID-19 pandemic. He also gave assurance that travel procedures would be made as smooth and efficient as possible to encourage more visitors from Kuwait.

He also touched on the urgency of combating climate change for the survival of small island states such as the Maldives – noting that he closely followed the President’s General Debate Statement, he expressed confidence that climate change will rank high of UNGA’s agenda during Shahid’s tenure.