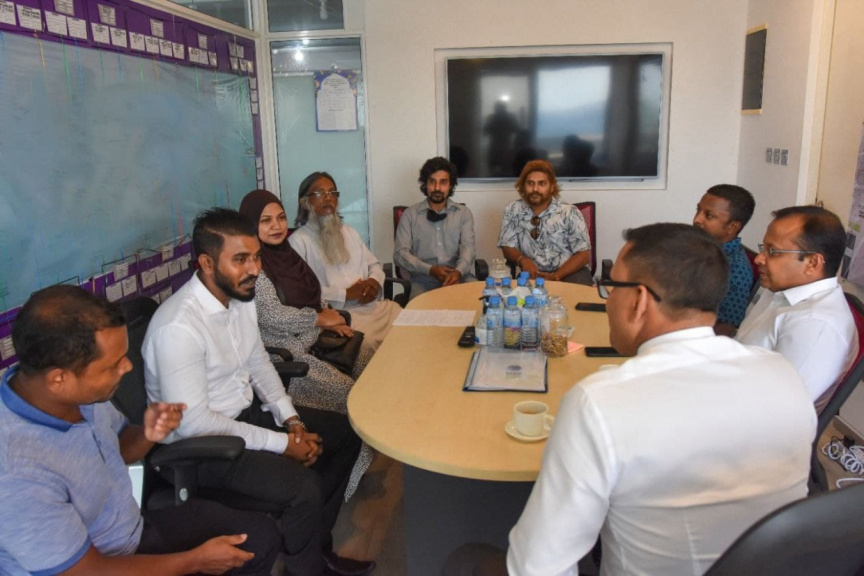 The team behind the petition calling for a constitutional referendum to switch from a presidential system to a parliamentary system has begun meeting political parties – seeking their support for the petition.

Nishan further explained that the decision to meet with political parties was taken with the fact that working to change the governance system is of national interest. In this regard, he noted that they have met with members of the Maldivian National Party (MNP) yesterday.

“Changing the system of governance is of national interest. It is also connected to the interest of the people. It is something which will impact them as well. Thus, while carrying out this work, it is important to meet with the political parties formed in the Maldives and hold discussions,” he detailed.

He also added that the work on collecting signatures is underway daily – adding that in order to further increase the number of signatories, they are currently doing at door-to-door campaign at Hulhumale’.

Nishan also added the upon collecting that targeted the number of signatures – the petition would be presented both to the President and the Parliament, along with a request to hold a constitutional referendum.

Supporters of Parliament Speaker, former President Mohamed Nasheed – a strong advocate for a parliamentary system – have been signing the petition, including some sitting MPs.

'Pres. Solih should remember how he came to power'