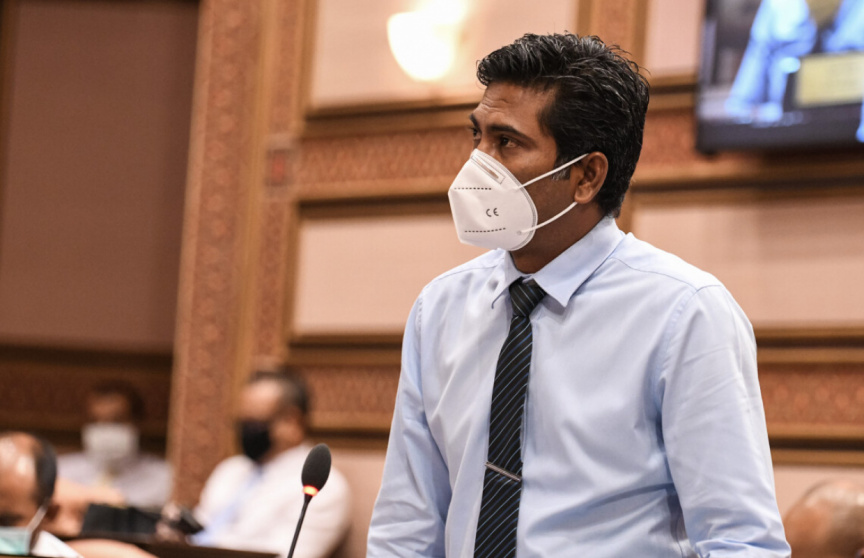 A declaration has been submitted to the Parliament urging the implementation of shore protection measures at the eroding area in V. Felidhoo.

The declaration was submitted at today’s parliamentary session by Felidhoo MP Fazul Rasheed – citing that area has been eroding at an unnaturally fast speed, hence, called on the government to expedite the implementation of shore protection measures in the area.

Speaking on the declaration – Fazul said that whilst the severe erosion of the area has posed several difficulties to the residents of the island, it has also had a significant adverse impact on the environment. He further stated that the erosion has caused damages to the island’s hospital as well as some of the houses.

Fazul further noted that the implementation of shore protection at the eroding at Felidhoo was listed in this year’s PSIP’s budget – and that despite this, no work has been done on it, even at the very least, a survey of the eroding area.

“Without a proper solution for the matter – erosion continues. Erosion has almost reached up to the walls of the hospital and the school. Felidhoo residents are living in an extremely delicate situation,” he added.

Fazul also added that although Felidhoo is an island at which local tourism is practiced – the beach allocated to tourists has also been completely eroded.

He also said that the severe erosion at the island has impacted the mental health of the Felidhoo residents.

Police rescue tourist caught in a current off Felidhoo