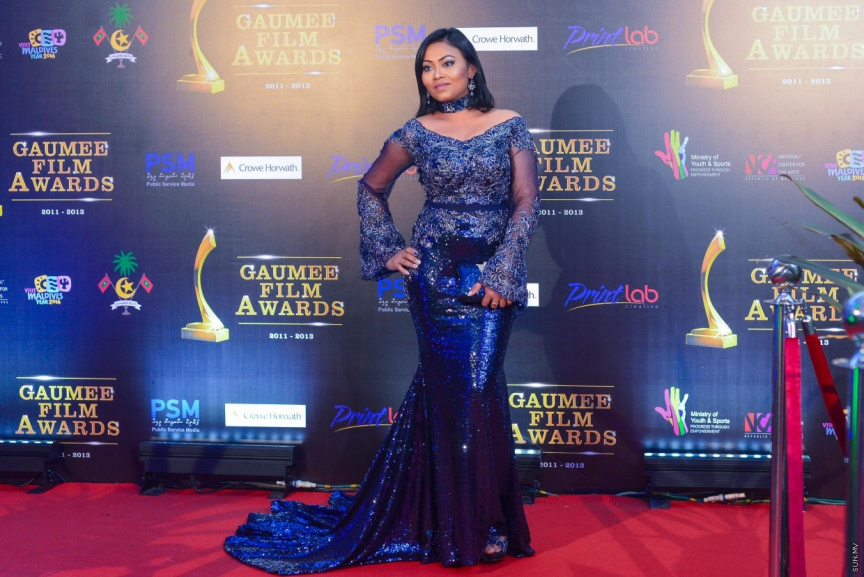 Accordingly, the actress had won the ‘Dr. Saroj Naidu, The Nightingale of India, International Award for Working Women’ – presented to working women who have significantly contributed towards the development of the society by the International Chamber of Media and Entertainment Industry and Asian Academy of Arts.

The award was presented to Rishmy in a virtual ceremony held as part of the ‘7th Global Literary Festival Noida 2021’. Rishmy is amongst the 100 women who won the award from the 7000 candidates who were competing for it from across the globe.

She announced her achievement on social media – where she thanked Maldives Society for Performing Arts, Mohamed Rasheed (Dharaaba) and her husband Ravee Farooq for the role in helping achieve this win.

In 2017, Rishmy had won the ‘Best Actress Award’ at the SAARC Film Festival for her role in the movie ‘Vishka’, which had premiered in March of that year.

Vishka is a crime-thriller directed by Ravee, based on a screenplay by Mahdhy Ahmed.

Rishmy is the only local movie star to have won an award at the SAARC Film Festival. In celebration of this, she was presented the President's National Award for Special Achievement' in 2019.

She also won the ‘Best Actress Award’ in the 9th National Flim Awards held in the same year.