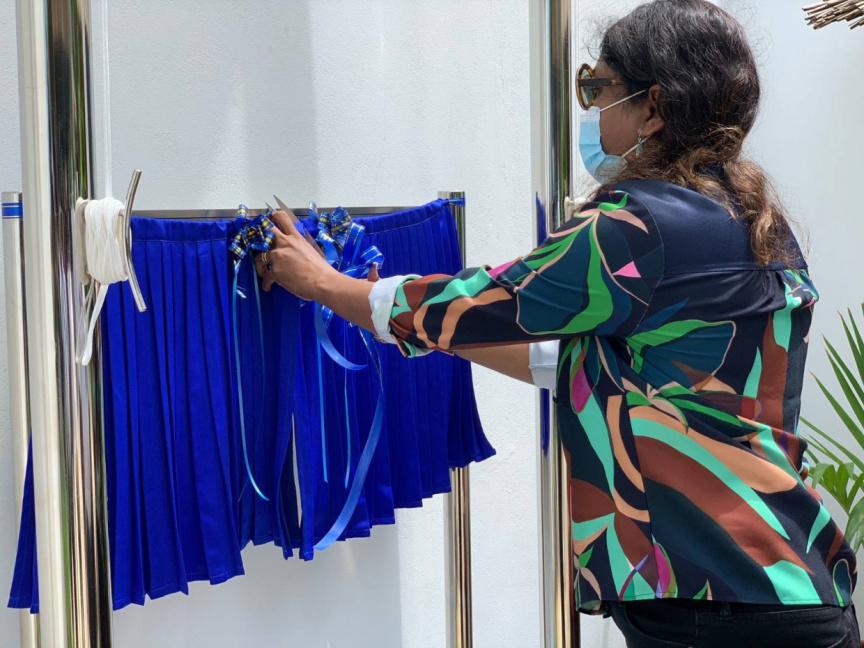 A special ceremony was held yesterday at Uligan for the inauguration of the Customs’ office building which was guested by Customs’ Commissioner General Abdulla Shareef, Hoarafushi MP Ahmed Saleem, MNDF’s Chief of Defense Force Major General Abdulla Shamaal and Uligan Council President – in addition to the Defense Minister.

Speaking at the ceremony, Minister Mariya had noted that the number of yachts docking in Uligan has increase subsequent to Customs’ initiative to decrease the fees taken from them for docking. She added that this has benefited the island in many ways.

“As a result of the Customs initiation to decrease the fees taken from the yachts which dock at Uligan – the number of yachts which now dock on the island has significantly increased, which has benefitted the island in many ways,” she had said.

She also added that increasing the number of yachts that dock at Uligan is a priority for President Ibrahim Mohamed Solih.

Speaking further, Minister Mariya thanks Customs for their services in combatting drug trafficking in the Maldives.

Commissioner General Abdulla Shareef also spoke at the ceremony – where he stated that the newly established office in Uligan will mainly be used to provide services for yachts that dock at the island at ease. He also revealed plans to establish a bonded warehouse on the island in the future – and render services of the warehouse to resorts.

Shareef also noted that the establishment of the new office will pave the way to make government’s plans to establish a yacht marina at Uligan, a success.

The construction of Customs’ new office building at Uligan cost MVR 5.6 million – which was funded from the state budget. Work on the project was contracted to SJ constructions.

Customs fails to explain what happened to the drugs

Imports rise by 14%, exports decline by 15% in October

Exports decrease in August due to low fishing season

Customs dispose of a large quantity of alcohol