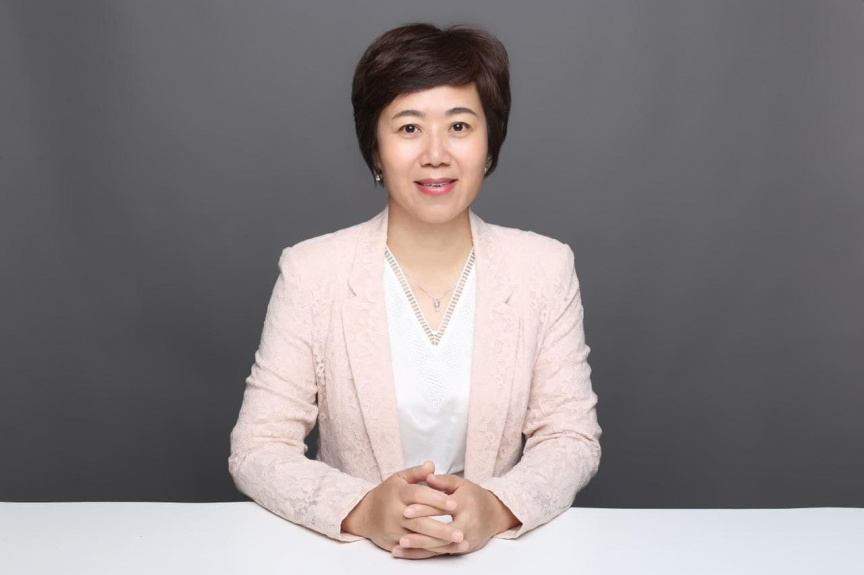 The newly appointed Ambassador of China to the Maldives, Wang Lixin, has given her first official interview following her appointment as the ambassador. The interview was given by writing to Maldivian and Chinese media outlets.

Embassy of China in the Maldives have provided Sun the full interview – which is penned down below.

Question: Your Excellency, welcome to Maldives. What’s your first impression of this country?

“I'm deeply honored to be appointed Chinese Ambassador to Maldives. Maldives, known as the Blue Heaven in Indian Ocean, is famous for its abundant tourism resources. With great popularity in China, Maldives is one of the most favourite tourism destinations to Chinese tourists.

As a newcomer to Malé, I am captivated by the picturesque landscape of Maldives, the most eye-catching part of which may be the China-Maldives Friendship Bridge connecting the three islands of Capital Malé over Indian Ocean, the new landmark of China-Maldives friendly cooperation. It contributed greatly to Maldives' economic and social development as well as people's well-being.

Upon arrival in Malé, I was overwhelmed by the warmth and hospitality of the local people. They expressed their goodwill, expectation and support of China-Maldives relations through social media, Twitter in particular. I would like to take this opportunity to extend my best regards to the Maldivian people, and express my gratitude to them for their deep friendship and their strong support to China-Maldives relations. I am ready to make friends with Maldivian people from all walks of life with sincerity and amity. Let's work together to deepen our traditional friendship, strengthen practical cooperation in various fields, and further promote the future-oriented all-round friendly and cooperative partnership between our two countries.”

Question: What's your comment on the current China-Maldives relations and your expectations of its future development?

“Since China and Maldives established diplomatic ties in 1972, our two countries have enjoyed mutual understanding, respect and support, and forged enduring friendship, setting an example of equality and peaceful coexistence between countries of different sizes. In 2014, Chinese President Xi Jinping paid a historic state visit to Maldives and the two sides agreed to establish future-oriented all-round friendly and cooperative partnership, opening a new chapter in our bilateral relations.

In recent years, China-Maldives relations are advancing on the fast track. Mutually beneficial cooperation in all areas within the Belt and Road framework has been successively elevated to higher level, bringing tangible benefits to our two countries and two peoples. China-Maldives Friendship Bridge has greatly facilitated the local traffic in the Greater Malé Region. The social housing projects have effectively improved the living conditions of Maldivian people.

In fighting against Covid-19, our two governments and peoples have stood with and helped each other. China-Maldives relations have not only withstood the test, but also maintained strong resilience and great vitality. China will continue to provide Maldives with vaccines to help fight against Covid-19. I am quite satisfied with the current bilateral relations, and fully confident in their future development.

Last July, President Xi Jinping and President Ibrahim Mohamed Solih had a very good phone conversation and reached important consensus on enhancing exchanges and cooperation in various fields, especially on jointly fighting against Covid-19, setting the direction for and injecting new impetus to the future development of our relations. The Chinese side would like to coordinate and cooperate with the Maldivian side to implement the above consensus and advance our bilateral relations in all respects.

Next year marks the 50th anniversary of the establishment of diplomatic relations between China and Maldives. China would like to work with Maldives to hold various kinds of celebratory events. Looking into the future, China is ready to work closely with Maldives to strengthen high-level exchanges, deepen practical cooperation in all areas, increase people-to-people exchanges, and take the future-oriented all-round friendly and cooperative partnership between our two countries to a new level.”

“This year marks the 100th anniversary of the founding of the Communist Party of China. Its founding is an epoch-making event which profoundly changed the course of China's history, delivered a new future for the Chinese people and nation, and had an enormous impact on the rest of the world.

Over the past century, the Communist Party of China has made happiness for the Chinese people and the rejuvenation of the Chinese nation its abiding goals. The Communist Party of China is dedicated to the people and always puts their interests first. Rooted in the Chinese conditions, the Party remains pure and improve, renew, and surpass itself. The Party has united and led the Chinese people in achieving great successes in revolution, reconstruction, and reform, and ushered the Chinese socialism into a new era. We have realized the first centenary goal of building a moderately prosperous society in all respects, which means the end of absolute poverty in China. Now China is marching in confident strides towards the Second Centenary Goal of building China into a great modern socialist country.

A political party that always puts people as top priority and keeps the well-being of humanity in mind, a progressive China that always advocates quality, cooperation and mutual benefits, are meant to be tremendous opportunities to China-Maldives relations.  China is willing to work together with other countries including Maldives, unite and collaborate with each other, overcome the difficulties and make unremitting efforts in building a community with shared future for mankind.”

Question: Maldives is one of the countries along the 21st-Century Maritime Silk Road. How will the Belt and Road Initiative better connect with the economic development of Maldives and the economic diversification strategy initiated by President Ibrahim Mohamed Solih?

In recent years, China-Maldives Belt and Road cooperation has achieved remarkable results, greatly improving the living standards of the Maldivian people. Three years ago, China-Maldives Friendship Bridge was successfully completed and handed over to Maldives, bringing convenience to daily life of Maldivian people. In the meantime, the Expansion and Upgrading of Velana International Airport Project and 7000 Social Housing Units in Hulhumalé phase 2 are prominent examples of China-Maldives Belt and Road cooperation.

President Ibrahim Mohamed Solih and the government of Maldives rolled out Strategic Action Plan 2019-2023 in October 2019 in aim of economic diversification. The plan covers areas including blue economy, social progress, infrastructure, and green energy. These plans are highly consistent with China's initiatives of health silk road, green silk road, and digital silk road. The Chinese side is willing to make joint efforts with the Maldivian side to actively explore new cooperation opportunities in these areas, continuously deepen and enhance cooperation, and jointly promote the high-quality development of the Belt and Road projects, so as to bring more benefits to the peoples of the two countries.”

Question: H.E. Abdulla Shahid, Foreign Minister of Maldives will assume the President of the 76th Session of the United Nations General Assembly (UNGA). What is its significance to cooperation between China and Maldives in the multilateral arena?

“I would like to congratulate Foreign Minister Abdulla Shahid on his winning the election for the presidency of the 76th session of the United Nations General Assembly (UNGA). China will support his performance of duties as UNGA president, and believes Maldives will continue to play an active and constructive role in the UN and other international organizations.

In recent years, China and Maldives have maintained close communication and coordination in the UN and other international organizations, and carried out fruitful cooperation on global issues like fighting Covid-19, climate change, and human rights issues. China highly appreciates Maldives' firm support on issues concerning China's core interests. China will, as always, continue to provide support to Maldives. China will strengthen coordination and cooperation with Maldives to jointly uphold the UN-centered international system and the international order underpinned by international laws, promote true multilateralism, and advocate peace, development, equity, justice, democracy and freedom, which are common values of humanity. “

Question: While the Covid-19 pandemic is still wreaking havoc, the US intelligence community recently released an assessment on origins of Covid-19. What's your comment on that?

“The so-called intelligence community assessment on Covid-19 origins is a political report that runs counter to science, a scapegoating report that shifts the responsibility for its botched response under the guise of origins study, and a false report that smears China with fabricated pretenses. The US side asked the intelligence agencies instead of scientists to investigate the origins, only to prove that it is trying to "fabricate the truth” instead of finding out the truth.

The US side is so obsessed with the lab leak theory despite the clear lack of scientific evidence. Even after its intelligence community went out in full force and failed to find any evidence, the US still clings to the lab leak theory. That is absolute political manipulation. What the US has done not only led to a fiasco in its domestic response and took a heavy toll on the American people, but also severely poisoned the atmosphere for international cooperation in origins tracing and deviated the study further from the right course. The US has become the top disruptive factor in joint international efforts to combat the virus and the greatest obstacle in science-based origins tracing. A just cause enjoys abundant support while an unjust one finds little. The US attempts to politicize origins tracing have found no support and met widespread opposition from the international community.

In face of the pandemic, the well-being of all countries is closely linked. We need science, solidarity and cooperation to win this fight. China is committed to cooperation in combating the virus and science-based origins study and rejects the wrong approach of politicizing efforts on these two fronts. We stand ready to work together with all countries including Maldives for an early victory against the pandemic.”

'Yameen has violated the terms of his house arrest'