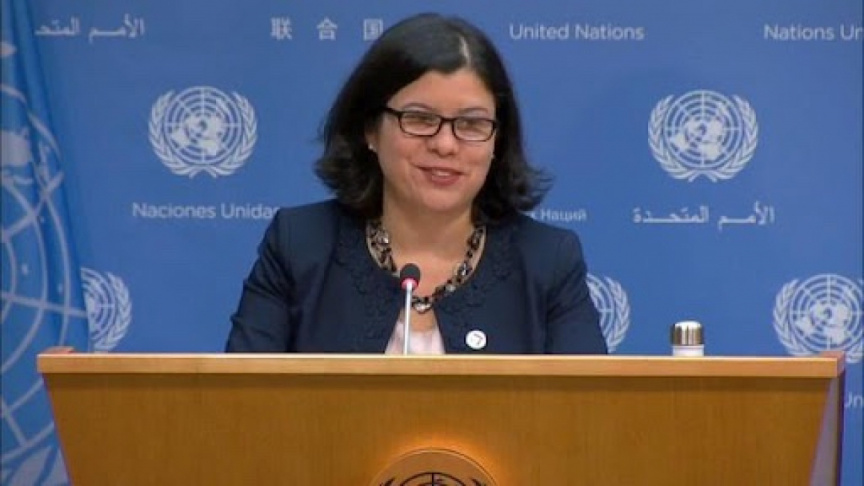 Spokesperson to the President of the 76th session of the United Nations General Assembly, Monica Grayley. (Photo/Twitter)

An individual has been appointed to serve as the Spokesperson of the President-elect of the 76th United Nations General Assembly, Abdulla Shahid.

The newly appointed Spokesperson is a Brazilian-national, Monica Grayley. Prior to this – Monica has served as the Spokesperson for the President of the 73rd session of the United Nations General Assembly, María Fernanda Espinosa – from 2018 to 2019.

She is currently serving as the Editor-in-Chief of UN News Portuguese.

Announcing her appointment on Twitter – Monica stated that she is “ready to serve Shahid; the ‘Presidency of Hope' to recover from the pandemic, deliver vaccines for all, empower youth and build a greener and bluer world leaving no one behind”.

Via a tweet, Shahid stated that Monica brings a wealth of experience to the job and that she will be instrumental to the successful delivery of the ‘Presidency of Hope’.

Shahid is set to officially take his place as the President of the 76th General Assembly next Tuesday.