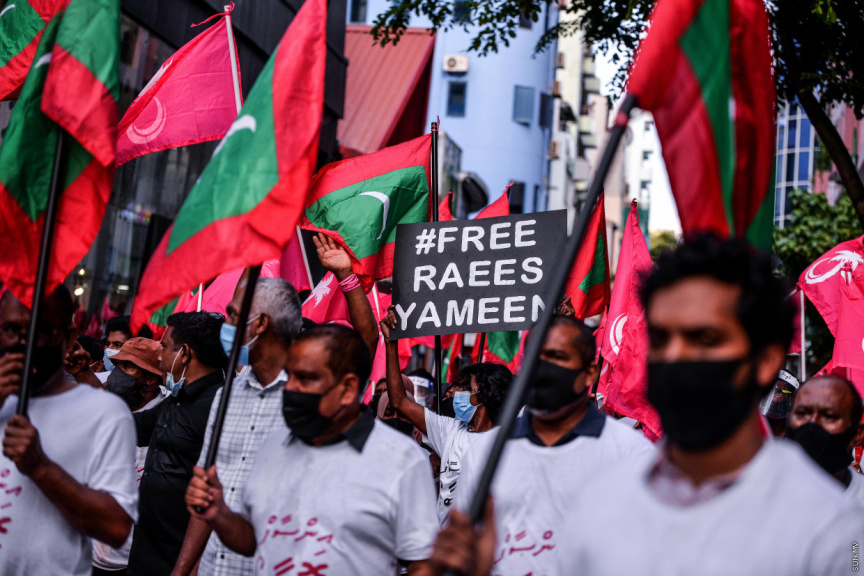 The opposition coalition – composed of PPM and PNC – has announced plans to hold a nationwide protest in the upcoming weekend.

In a press conference last Tuesday, PPM deputy leader Ibrahim Shujau said the purpose of the protest is to take to the streets to seek the right to justice which the Maldivian people are being denied.

“Thousands of beloved Maldivian people, including President Yameen, are being denied justice. Therefore, the Progressive Congress Coalition is taking to the streets from 16:00-18:00 hours coming Friday in the name of “Finding Justice”.

The protest will begin at 16:00 hours on Friday from infront of the PPM headquarters in Male’ City, and will be simultaneously conducted in islands across Maldives.

The protest will begin in islands outside Male’ from in front of PPM offices in respective islands, said Shujau.

The opposition coalition said the protest will be a peaceful demonstration.

PNC leader: We are not trying to influence courts