Fuad: Nothing Elections Commission can do in Mahloof case 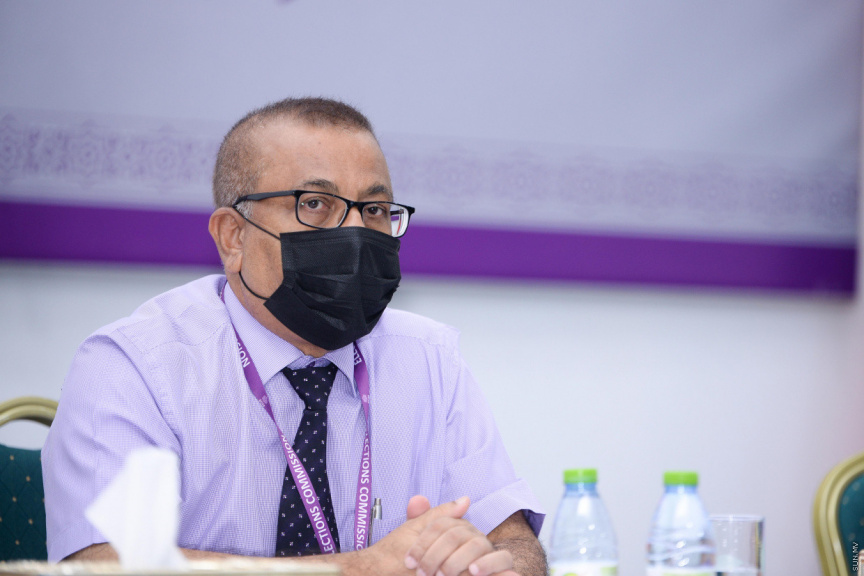 Fuad told Sun on Wednesday evening that the Elections Commission cannot make a decision in the case, and has informed Mahloof as such.

“We have informed him that the Elections Commission does not have the jurisdiction to say the decision was right or wrong,” he said.

Fuad said the Elections Commission instructed Mahloof to follow MDP’s internal regulations in the matter, and pursue other legal paths if necessary.

Fuad said the Elections Commission also advised MDP in response to the complaint lodged by Mahloof over his disqualification.

Mahloof said he lodged the complaint with Elections Commission following lack of response from the MDP Council of Appellate Judges and MDP chairman Hassan Latheef to letters requesting a review of the decision to disqualify him from the elections.

MDP had disqualified both Mahloof and State Minister for Planning Akram Kamaluddin. However, the party later reviewed its decision and decided to allow Akram to contest in the elections.

Anti-Corruption Commission (ACC) conducted an investigation against Mahloof and requested criminal charges against him last June. However, the Prosecutor General’s Office has yet to make a decision regarding pursuing charges.