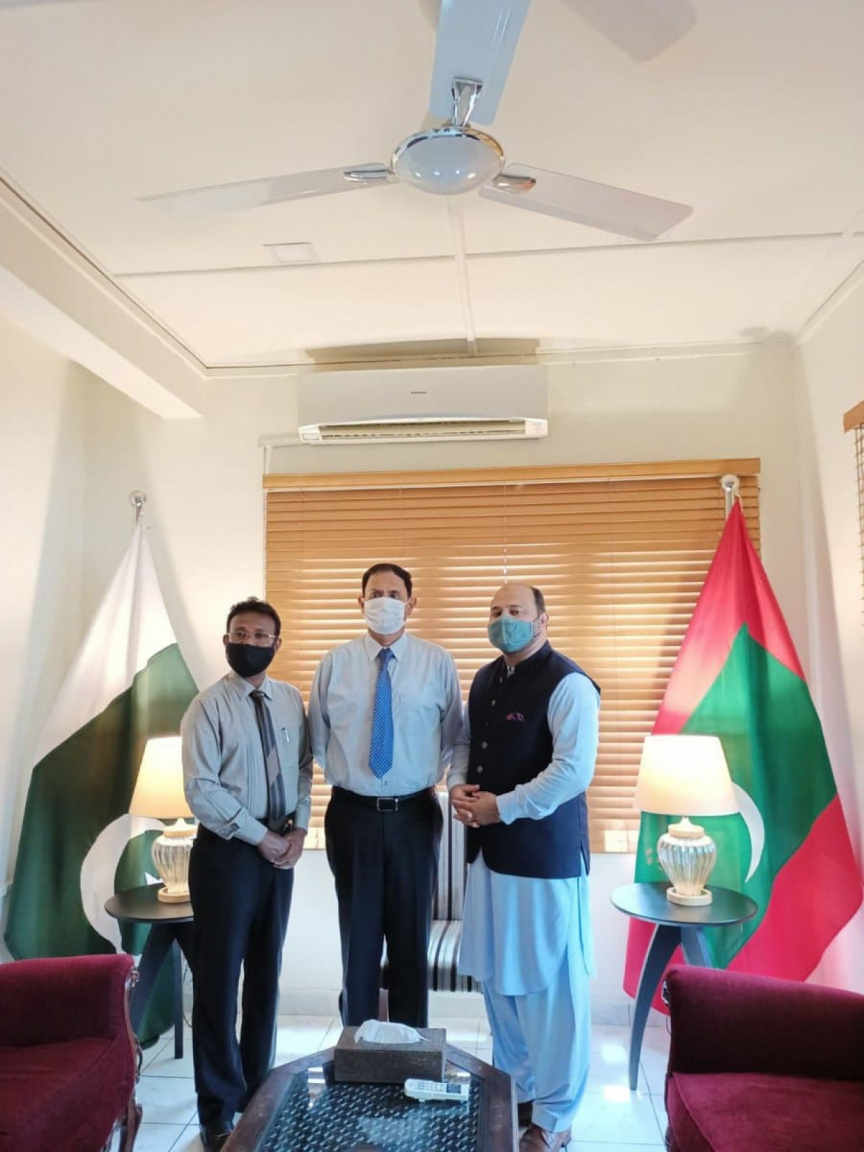 During the meeting, High Commissioner Mukhtar congratulated Dr. Ashraf on his appointment as the President of Dhivehi Language Academy - noting that Dr. Ashraf's passion and literary experience would be vital in leading the Academy to new heights.

Dr. Ashraf also paid tribute to the great leader, philosopher, and poet Dr. Allama Muhammed Iqbal and expressed that his work is a guiding light for the generations to come. Deputy Commissioner Zulqurnain expressed his gratitude for the translation of some of the poetry of Allam Muhammad Iqbal, by Dr. Ashraf into Dhivehi language.

Discussions were also held between the two regarding mutual areas of interest – and how to strengthen cooperation in these areas, especially in the field of language and literature.

Citing the similarities between Urdu and the Dhivehi Language, High Commissioner Mukhtar stressed that the two countries must work together in promoting the education of our mother tongue languages.

Dr. Ashraf was appointed as the third President of Dhivehi Bahuge Academy on August 8.

Dr. Ashraf holds a Doctorate in Business Administration from Asia e University in Malaysia. He completed his Masters of Management from International Islamic University Malaysia. He has also completed a Degree in Dhivehi Language from Maldives College of Higher Education.

Having worked long in the field of Dhivehi Language and Literature, Dr. Ashraf has also achieved a National Award for his services.