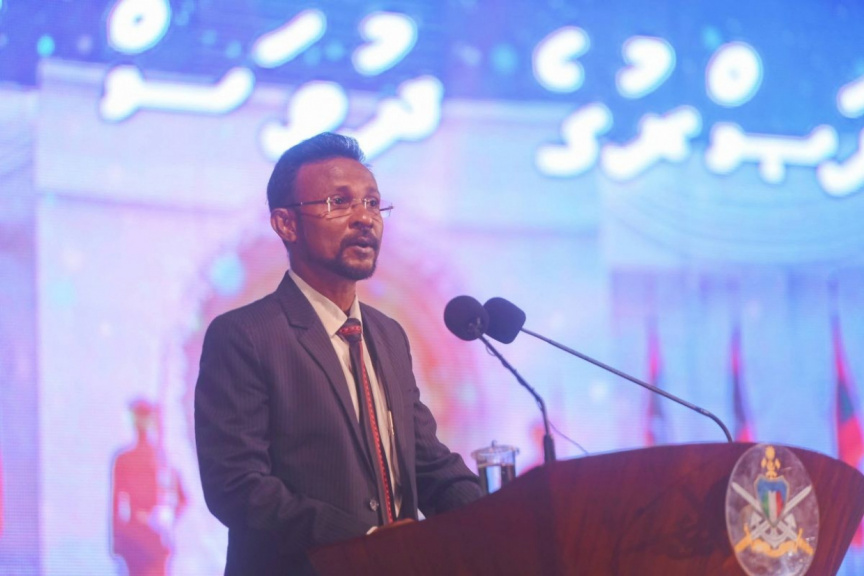 Dr. Ashraf Abdul Raheem has been appointed as the third President of the Dhivehi Bahuge Academy.

Dr. Ashraf assumed his post as the President of the Dhivehi Bahuge Academy today – along with the new Vice President Zulfa Ibrahim.

Both Dr. Ashraf and Zulfa are amongst the three new members appointed to the Dhivehi Language Academy by President Ibrahim Mohamed Solih upon the expiration of the tenure of three former members today.

The two other members appointed to the Dhivehi Bahuge Academy by the President is Abdul Rasheed Hussain – a recipient of the Order of the Distinguished Rule of Izzuddin, Iyaz Jaadullah Naseem, and Mohamed Shahid Haleem.

In an interview given to Sun following his appointment, Dr. Ashraf had told that his priority as the new President would be to carry forward with the most important ongoing projects commenced by the former President Ashraf Ali, and see to its competition.

He also expressed his wishes to see to that the National Language (Priority) Act is implemented to the fullest.

Dr. Ashraf holds a Doctorate in Business Administration from Asia e University in Malaysia. He completed his Masters of Management from International Islamic University Malaysia. In addition to this, Dr. Ashraf also completed a Degree in Dhivehi Language from Maldives College of Higher Education.

Having worked long in the field of Dhivehi Language and Literature, he has also achieved a National Award for his services.