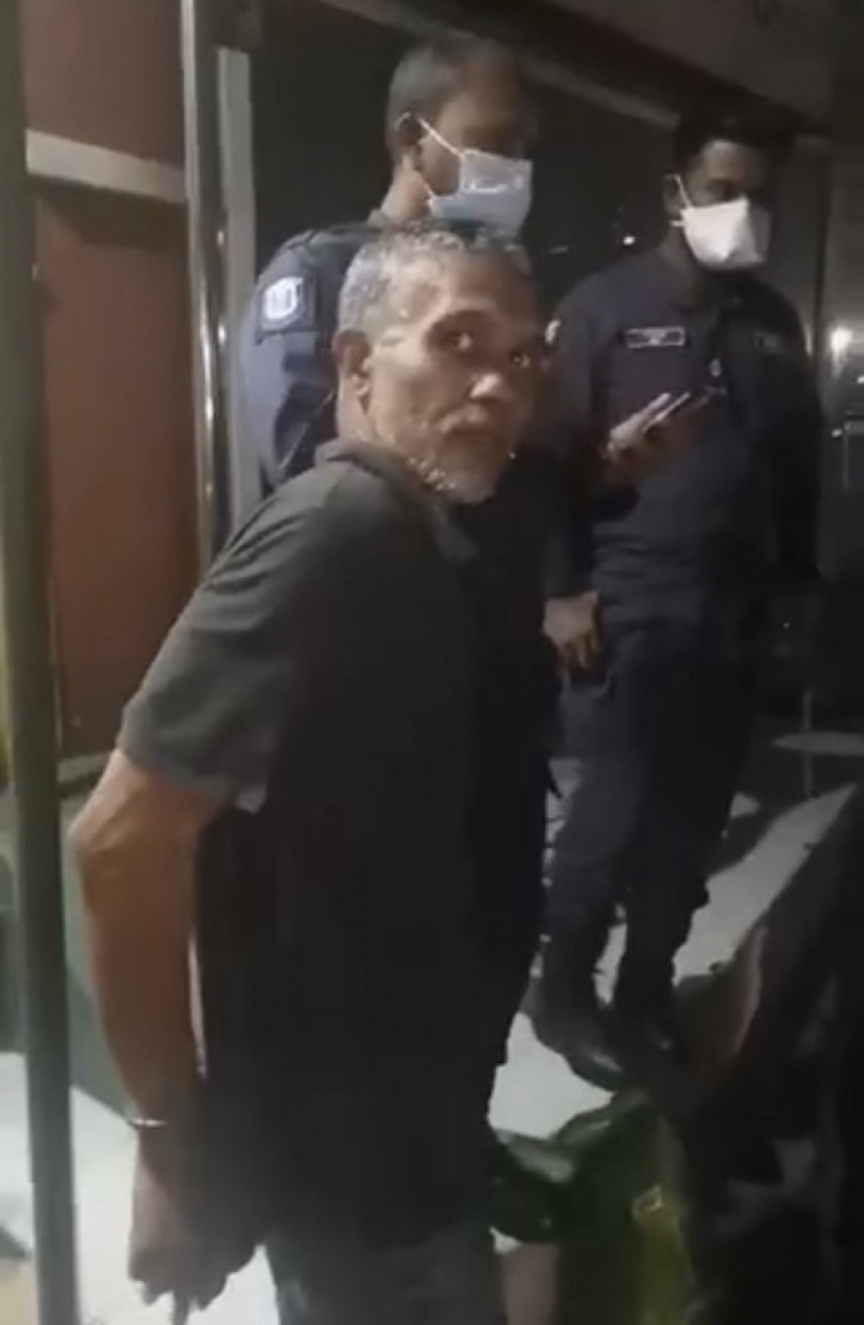 Man suspected of trying to break into RDC headquarters being apprehended by the Police on August 20, 2021.

A man who was possibly trying to break into Road Development Corporation’s (RDC) headquarters have been apprehended by the Police.

A media official from Maldives Police Service had told Sun that they had received a report that there was a man on RDC headquarters' roof – possibly attempting to break in – sometime late last night. The media official also noted that the suspect was arrested last night and confirmed the identity as a 42-year-old Maldivian man.

A video of the suspect being arrested and being taken to the police station had gone viral on social media last night as well.

In the video, the man claims that he had lefts his clothes on the roof while he was there before – and had returned back to take them.

The media official added that the Police were investigating the matter further.

In the span of this year, RDC headquarters have been broken into a total of three times. The office reportedly stopped keeping cash in the building after the incidents. RDC had MVR 100,000 stolen in a break-in that took place back in April.

The last break into the headquarters was on August 16, where thieves had gotten into the building after removing tin sheets from the roof of the building.