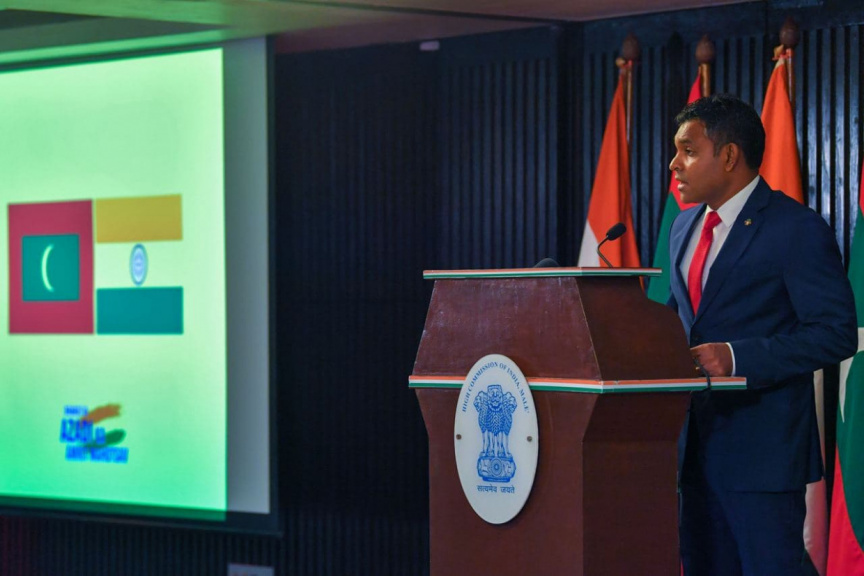 Vice President Faisal Naseem said on Sunday that India has always been an important development partner for Maldives.

He made the statement in his speech as guest of honor at a reception hosted by the Indian High Commission at Hotel Jen on Sunday night to commemorate India’s 75th Independence Day.

He described the decades leading up to India attaining its independence, in 1947, as a long and grueling struggle overcome by the invaluable efforts and sacrifices of great leaders who fought for freedom. He said that India’s journey to become a leading sovereign nation since then was an inspiration to the entire world.

Faisal noted India had been one of the first countries to recognize Maldives as a sovereign state when it gained its independence from the protectorate status under the British in 1965.

“In the long history of our relations, India has always extended assistance whenever we were in need,” he said.

He also recognized India's support throughout the COVID-19 pandemic, including assisting in the evacuation of Maldivians in Wuhan, donating essential medicines and essential food items and granting 200,000 doses of COVID-19 vaccine, as the first recipients outside India.

He thanked the Indian government for its generous assistance to Maldives during such challenging times.

Concluding his speech, Faisal reaffirmed Maldives’ commitment to enhancing its partnership with India, and said Maldives will continue to uphold the close friendship between the two nations.

VP Faisal Naseem returns to Maldives after trip to UAE