Implementation of recommendations made in inquiry report discussed 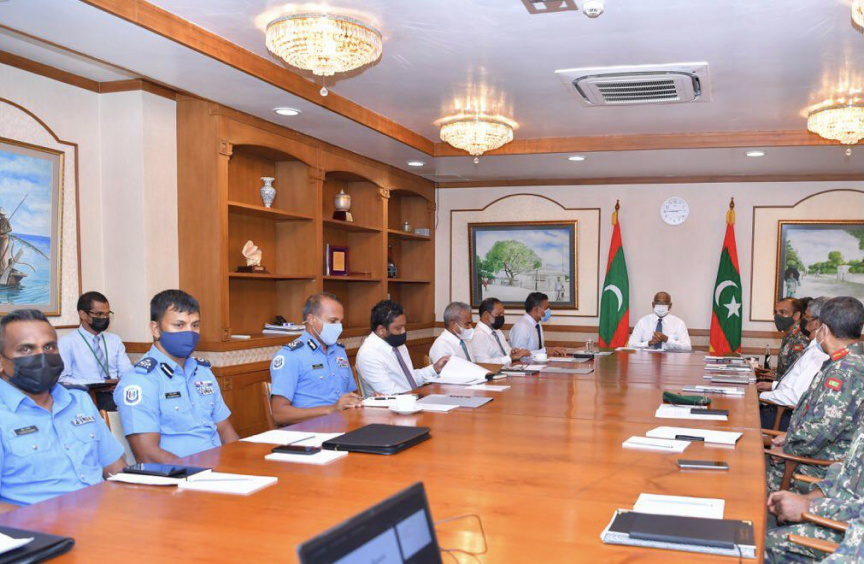 President Ibrahim Mohamed Solih on Thursday convened the National Security Council (NSC) at the President’s Office where discussions were centered on the enforcement of the recommendations proposed in the Inquiry Report compiled by the Parliament Committee on National Security Services (241 Committee) in connection to the May 6 terror attack on Parliament Speaker, former President Mohamed Nasheed.

In this meeting, President and the NCS discussed the immediate, short-term and long-term recommendations proposed in the report.

The report made a total of 45 recommendations – which covers general security to Nasheed, and his security at his residence and during his travel via air, land and sea.