Maldivians fund the construction of a mosque at Bangladesh 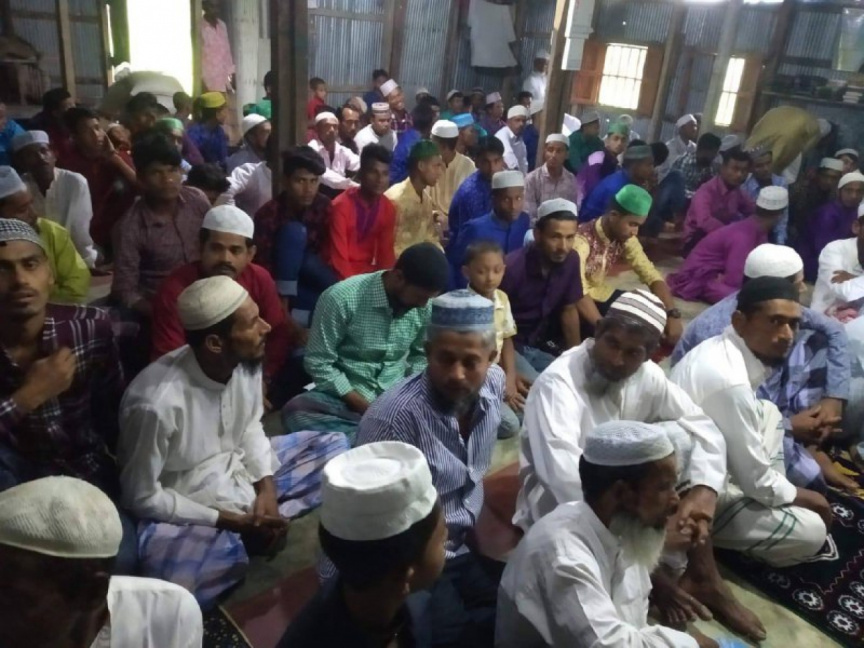 A total of MVR 471,622.50 is expected to be spent for the construction of the mosque. From this, MVR 152,350.50 was collected through donations within mere three hours through fundraising conducted via social media by the organizer of the mosque project, International Aid Campaign.

Speaking to Sun, International Relations Director of International Aid Campaign Mohamed Ali had stated that it has been a while since they have neem raising funds for the project – and at the time they had announced the social media fundraiser targeted towards locals – they had actually secured the of the majority money needed.

“We learned of this mosque from a Bangladeshi who had previously lived in the Maldives. One of his family members owns the plot of land the mosque is situated at. The mosque is built poorly using tin roofing sheets,”

“At that point, we began sending proposals to donors in order to secure funds. From our efforts – we manage to secure most of the money needed for the construction of the mosque. Then we opened for the public to donate the remaining amount as a notion of participating in building a mosque,” he had said.

Construction work of the mosque was carried out before as well. But the work was put on hold due to the pandemic as well as Bangladesh’s rainy season.

“Since the total amount of the money needed has been raised – the next thing is to hand over the fund to the landlord. By landlord – I mean the person the mosque is registered to. The plot of land is registered is as a mosque and the landlord is the owner. The funds will be handed over and next is carrying forward with the construction in a transparent manner,”

“We will continue monitor the progress and make report collections,” Mohamed Ali had said.

He further detailed that the project will proceed similar to other ‘Sadaqah Jariyah’ projects and they will continue to closely monitor the progress until completion. The mosque being presently built will capacitate 200 worshippers. Mohamed Ali added that if a decision is made to expand mosque – they will inform this to the public as well, for their participation.

“We are searching for places at countries such as Africa, Nigeria and Yemen that are in dire need of a mosque,” he had said.

Mohamed Ali also assured that regular updates on the progress of the mosque will be provided through International Aid Campaign’s social media pages. He also noted that the location of the mosque will be shared on the date of its inauguration – so that any Maldivian who wishes to visit the mosque when they are in Bangladesh can do so easily.

He also highlighted that mosque was with the aid of Maldivians at another rural area in Bangladesh – which is presently in use.

“We will keep a sign at the mosque so that people who visit can know that it was built with the help of Maldivians. We have done this in the previous mosque that we built in Bangladesh – Masjidhul Ahadh,” he said.

Mohamed Ali also highlighted that International Aid Campaign has also built drinking wells in rural areas of Bangladesh with the help of Maldivians in addition to mosques. While more than 200 wells have been built in this regard – they have been engraved the names of the donors.

MACL: Seaplane terminal has yet to be handed over