Muizzu granted 10 days to appoint a lawyer in perjury case 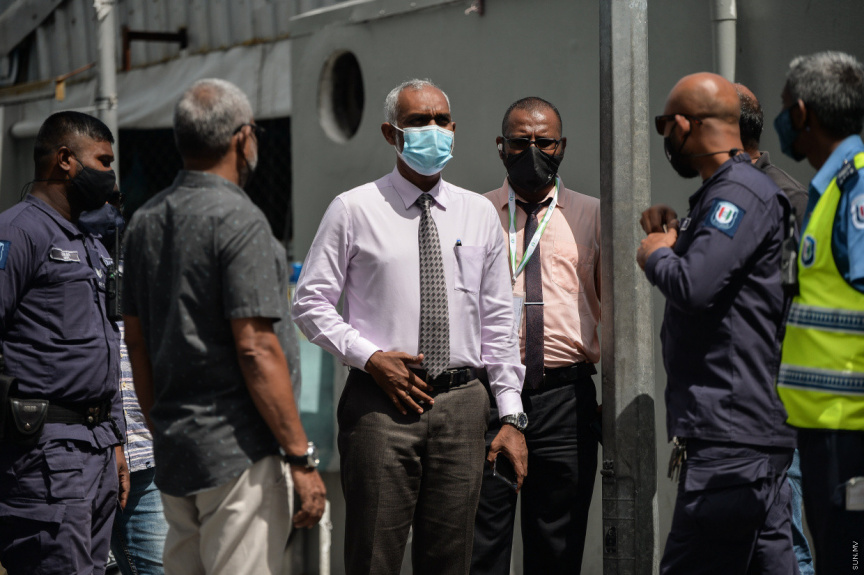 Male’ City Mayor, former Housing Minister Dr. Mohamed Muizzu has been granted 10 days by the Criminal Court to appoint a lawyer in the case filed against him for providing false statements to authorities.

Muizzu was charged with perjury in June 25, 2019, in connection to the arbitration case filed by Noomadi Resorts and Residence AG (Noomadi) with the Permanent Court of Arbitration in The Hague against the State of Maldives.

Muizzu is accused of provided false statements as a witness on behalf of Noomadi in the case, and of deliberately misleading members of the Parliament’s Public Accounts Committee when questioned.

The first preliminary hearing in the case was held today at 10:30 in the morning, via video conferencing by attendance at the court itself.

When the presiding Judge Safhath Habeeb had questioned Muizzu whether he had been presented all the documents pertaining to the case – Muizzu had said that he is unable to answer the question without the legal assistance of a lawyer.

Subsequently, the Judge had granted him a 10-day period to appoint a lawyer.

Presiding Judge Safhath Habeeb was the third judge assigned to the case – the changes in the bench being the reasons the hearings of the case have been continuously delayed.

The offense is a Class 1 misdemeanor punishable with four months and 24 days in prison.

May 6 blast: Charges filed against 4 suspects