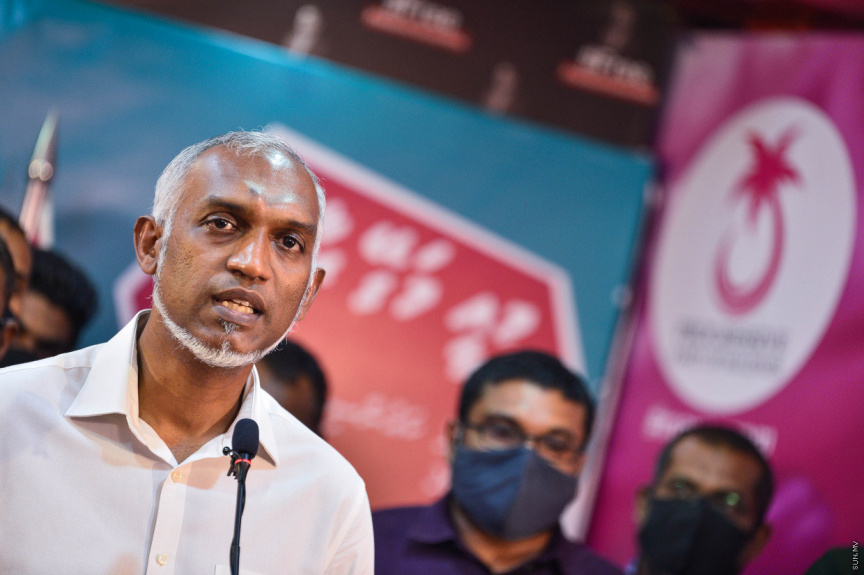 Preliminary hearings in the case against Male’ City Mayor Dr. Mohamed Muizzu for providing false statement to authorities are set to begin at the Criminal Court on Tuesday.

The first preliminary hearing in the case is scheduled to be held at the Criminal Court on Tuesday morning.

Muizzu, deputy leader of opposition PPM, was charged with perjury in June 2020 in connection to the arbitration case filed by Noomadi Resorts and Residence AG (Noomadi) with the Permanent Court of Arbitration in The Hague against the State of Maldives.

Muizzu is accused of provided false statement as a witness on behalf of Noomadi in the case, and of deliberately misleading members of the Parliament’s Public Accounts Committee qhen questioned.

The dispute between the State and Noomadi ended with a MVR 845 million settlement to the company.

The offense is a Class 1 misdemeanor punishable with four months and 24 days in prison.