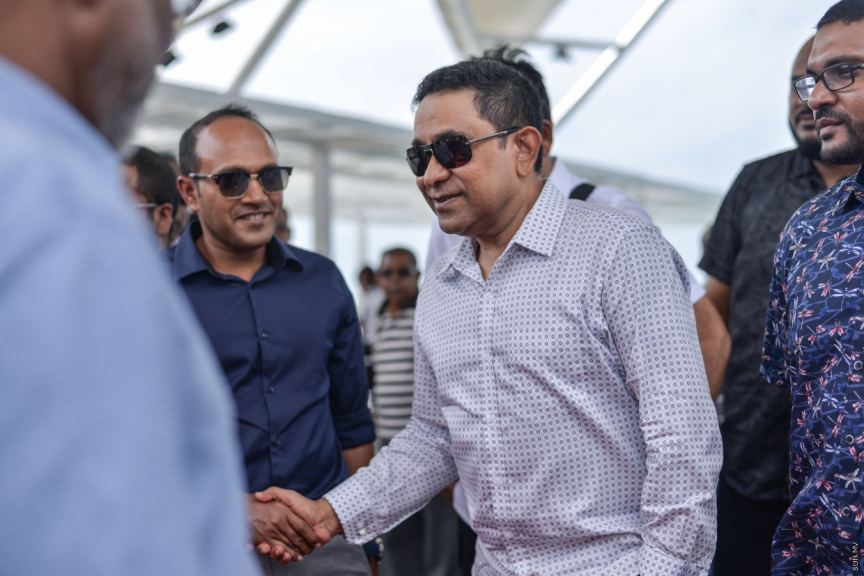 Disappearances and Deaths Commission (DDCom) has summoned former President Abdulla Yameen Abdul Gayoom for questioning in connection to the investigation into the 2014 disappearance of Ahmed Rilwan Abdulla, a journalist who worked for Minivan News (later renamed Maldives Independent).

Yameen has been instructed to present himself to the DDCom headquarters on Tuesday.

Sun has been informed Yameen is being summoned for questioning in response to the allegation he obstructed the police investigation into the case.

DDCom member Misbah Abbas confirmed to Sun that Yameen is being summoned in connection to the investigation into Rilwan’s disappearance, but declined to comment any further.

“President Yameen is being summoned by this commission for the investigation into the enforced disappearance of Ahmed Rilwan Abdulla of M. Shining Star,” said Misbah.

Yameen’s lead attorney, former Vice President Dr. Mohamed Jameel Ahmed told Sun DDCom has yet to inform the opposition leader’s legal team of any investigation by the commission linked with their client.

He described the summons as an attempt by DDCom to put a lid over its failures.

“I have only one thing to say. This is an effort by DDCom to cover its failures. With MDP divided and its members at each other's throats, it's an attempt to put a lid over this and send a message to MDP’s grassroot,” said Jameel.

DDCom, a commission created by President Ibrahim Mohamed Solih to deliver his electoral pledge of delivering justice for victims of unsolved murders and enforced disappearances, has been repeatedly hit with criticism over lack of headway in its investigations.

Some of DDCom’s greatest critics include Parliament Speaker, former President Mohamed Nasheed and several other parliamentarians.