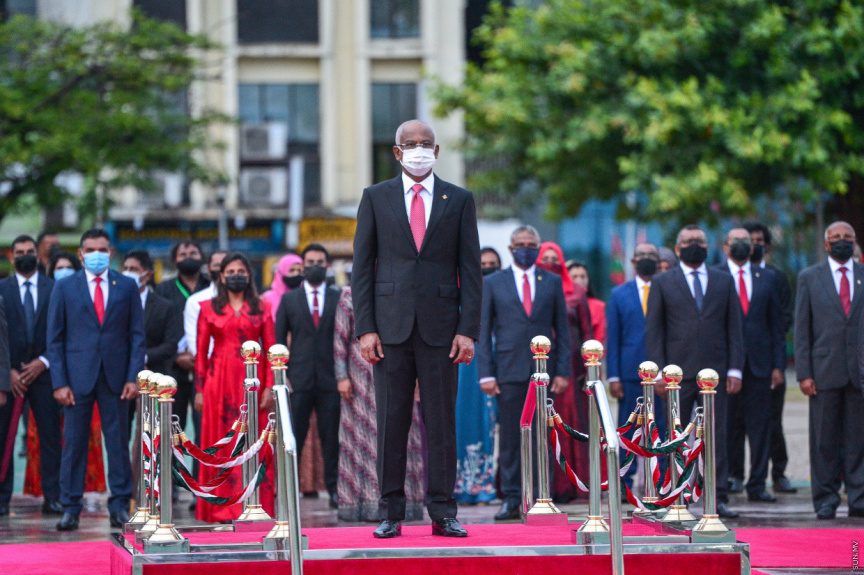 The ceremony was held at the Republic Square in Male’ City at 05:50 am this Monday.

A special prayer was recited at the ceremony by Sheikh Ahmed Abdul Kareem before the flag was hoisted.

President is scheduled to deliver his Independence Day address at 10:00 am.

Maldives became a British protectorate in 1887, and gained full political independence from Britian over half a century later, on July 26, 1965, with the signing an agreement between Maldives and Britian.

Independence Day float parade to be held this year