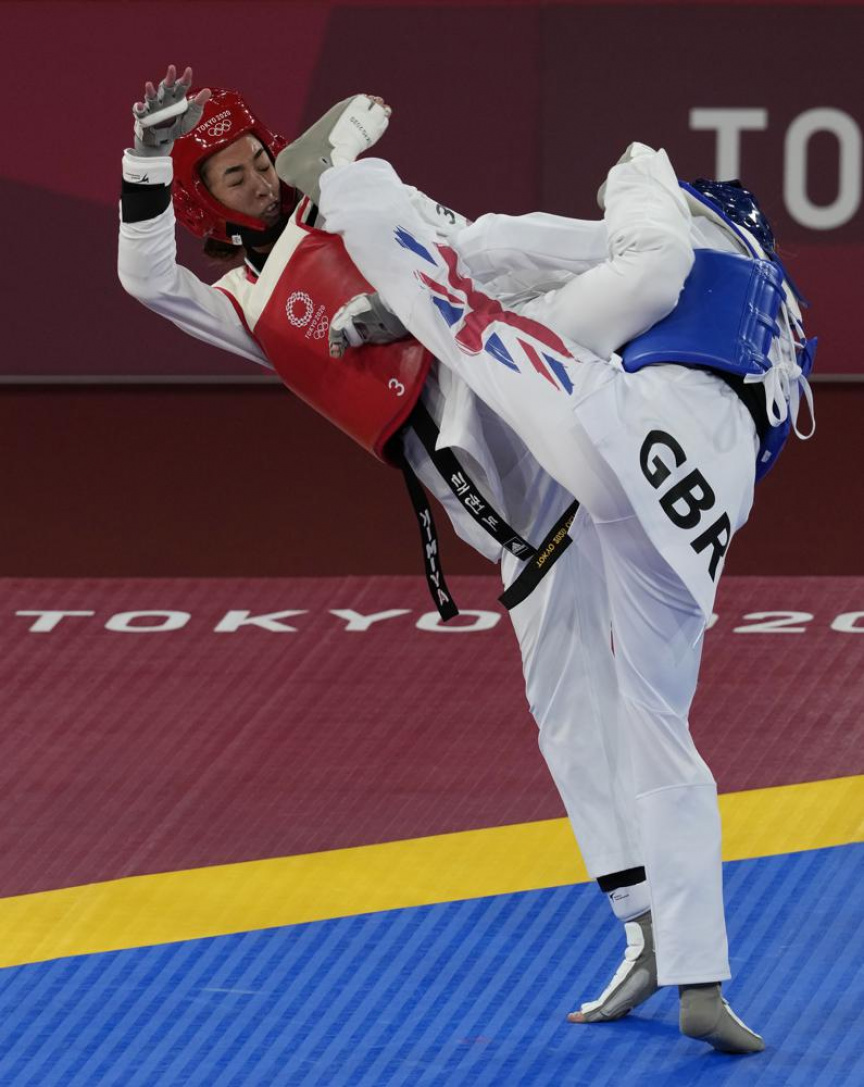 Alizadeh, a bronze medalist in Rio de Janeiro, won twice for the Refugee Olympic Team on Sunday to advance to the Tokyo quarterfinals in the women’s 57-kilogram division.

She beat Iranian opponent Nahid Kiyani Chandeh 18-9 in her opening bout before her massive upset of Jones, who was attempting to become the first British woman to win gold in three consecutive Olympics.

Alizadeh is competing for the refugee team after defecting to Germany. She made the move in 2016 shortly after becoming the first Iranian women to win an Olympic medal.

The refugee team has never won an Olympic medal.

Alizadeh cited institutional sexism and the mandatory wearing of the hijab headscarf in her criticisms of the Iranian system, which she said had used her for propaganda purposes. Kiyani wore a headscarf in the bout against Alizadeh, who comfortably earned the victory.

Alizadeh then upset Jones with a stirring third-round performance. Their bout was tied 10-10 with just 30 seconds left, but Alizadeh scored a pair of two-point body kicks to take the lead before hanging on for the four-point victory.

Alizadeh screamed and celebrated with her coach while the small crowd of Olympians and support personnel in the Makuhari Messe convention center erupted with astonished roars at the biggest upset of the taekwondo tournament.

Alizadeh will face Lijun Zhou of China later Sunday for a semifinal berth.