Russian skater’s doping case to be heard Sunday at Olympics 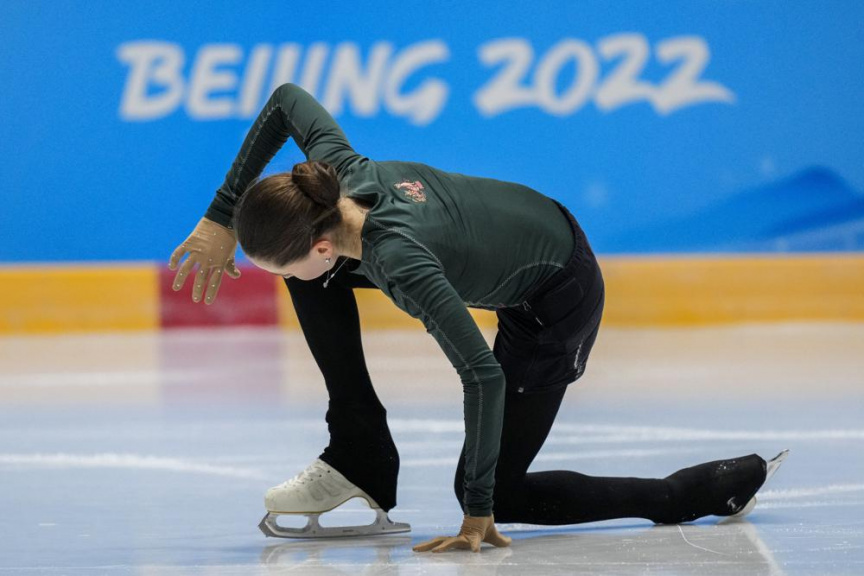 BEIJING (AP) — Russian figure skater Kamila Valieva will find out Monday if she can compete at the Olympics in the women’s competition, which starts a day later.

The Court of Arbitration for Sport said Saturday the expedited hearing on Valieva’s doping case will be held Sunday night in Beijing, with a ruling by Monday afternoon.

The 15-year-old skater, the favorite to win the gold medal, broke down in tears after an emotional practice session Saturday.

At the court’s closed-door hearing, which will be held by video link, lawyers for the Russian Olympic team and Valieva can ask the three judges to listen to a personal statement from her.

“If she attends I assume it will be by video conference,” CAS director general Matthieu Reeb said at the court’s hotel base. “It will be a long night. It could be four or five hours.”

Valieva’s status at the Olympics became unclear after she tested positive for the banned heart medication trimetazidine in Russia in December. She won a gold medal in the team event five days ago, before the test result was known, and is scheduled to compete as an individual Tuesday.

On Saturday, Valieva fell during practice on a triple axel — a jump she typically executes without a problem — while doing a run-through of her short program. She later landed two combos, a triple flip-triple toe loop and a triple lutz-triple toe loop before skating to the boards and giving her coach, Eteri Tutberidz e, an emotional hug.

Earlier Saturday, CAS confirmed it has received appeals from both the International Olympic Committee and the World Anti-Doping Agency challenging Valieva’s right to compete.

The Russian Anti-Doping Agency gave her an automatic ban after testing positive. A day later, RUSADA lifted the provisional ban. The IOC filed an urgent appeal, which the Court of Arbitration of Sport will hear Sunday.

“It was sending a signal that we want this solved as quickly as it can be,” IOC spokesman Mark Adams.

The legal process is unusually complex because of Valieva’s status as a minor, which gives her protection in the anti-doping rule book.

Because Valieva is only 15, her ultimate penalty could be as little as a reprimand. Her entourage of coaches and doctors face more scrutiny because the World Anti-Doping Code mandates they are automatically put under investigation.

Valieva tested positive in a sample given on Dec. 25, when she won the Russian national championships.

That sample was the responsibility of the Russian Anti-Doping Agency, known as RUSADA. It was sent to a WADA-approved laboratory in Stockholm, Sweden, for analysis.

On Monday — hours after Valieva’s skating helped the Russians win the Olympic team event — the Stockholm lab notified RUSADA the test was positive.

The three CAS judges, from Italy, the United States and Slovenia, will consider only the request to re-impose the interim ban on Valieva. It will be chaired by Milan-based lawyer Fabio Iudica.

The American judge, Jeffrey Benz, is a former national-level figure skater and one of the most in-demand arbitrators for CAS cases. Vesna Bergant Rakočeviċ is a high court judge in the Slovenian capital of Ljubljana.

Whether the Russian team keeps the gold medal in the team event is a separate issue that will be decided later.

The full investigation of the doping case is for RUSADA to handle and could take months. That could also be appealed to CAS.