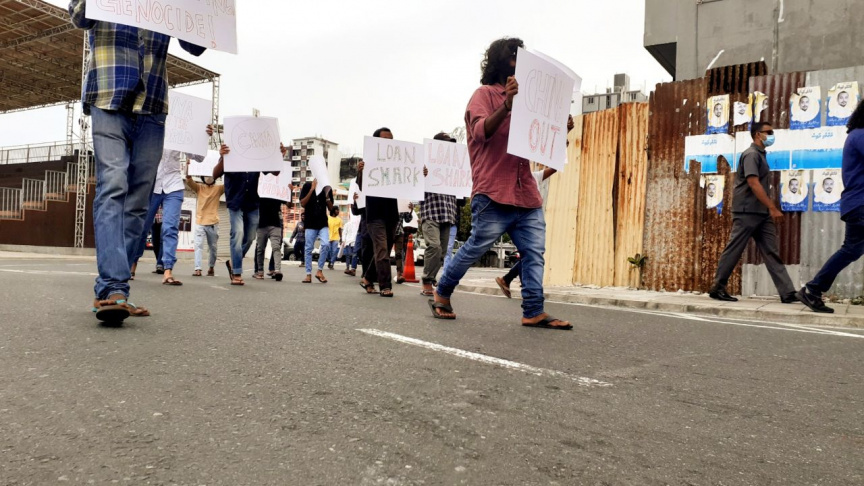 A group of local youths had protested against China nearby the area where the Chinese Embassy is situated in Male’ City.

A journalist from Sun who was at the scene during the protest had reported that the protest comprised of about 30 people.

When the protesters had arrived at the scene – the area surrounding the Chinese Embassy was already closed off by the Police upon a tip received to them. Hence, the protesters were unable to get closed to the Embassy – consequent to which they had remained near Cibo Café to raise their voices as they held up protest signs.

Some thoughts expressed by protesters were with regard to the loans Maldives is in debt to China for – accusing the country of being “loan sharks” and also called out to stop their attacks on Uyghurs’ Muslims. Some of the protest signs held up by the youths also read “China Out”.

After protesting peacefully for about 15 minutes – the youths had disbanded.

Maldives Police Service has stated that they closed off the area surrounding the Chinese Embassy acting on a tip that the protest was going to take place - citing security reasons.

Prior to this, security measures at the Chinese Embassy and Indian High Commission situated in Male’ City has been strengthened following threats of a bomb attack and protests which were made on social media.