Shahid departs to India on official visit as UNGA President-elect 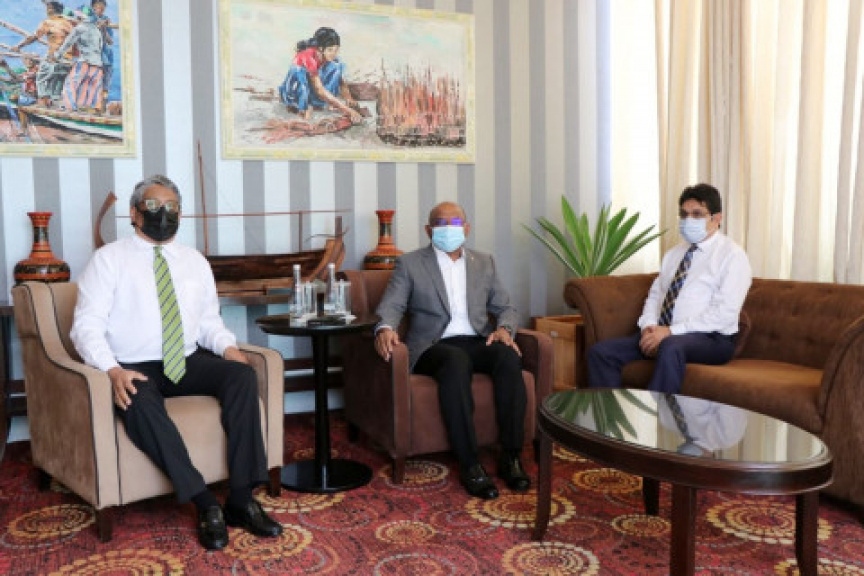 Maldivian Foreign Minister Abdulla Shahid at Velana International Airport prior to his departure to India on July 21, 2021. (Photo/Foreign Ministry)

Foreign Minister Abdulla Shahid has departed to New Delhi, India, on an official visit in his capacity as the President-elect of the 76th session of the United Nations General Assembly.

The visit is in response to an invitation by the Government of India – according to Minister Shahid.

Minister Shahid is set to call on the Prime Minister of India Narendra Modi during this visit. He will also meet with Minister of External Affairs of India Dr. S. Jaishankar.

On July 23, Minister Shahid will deliver the 38th Sapru House Lecture at the Indian Council of World Affairs on the topic “Presidency of Hope 76th UNGA: COVID Pandemic and the need for reformed multilateralism”.

Minister Shahid was elected as the President of the 76th session of the United Nations General Assembly during a voting held on July 7 in New York. He won the election with 143 votes, beating his rival, former Afghan Foreign Minister Zalmai Rassoul, who received 48 votes - out of a total of 191 votes.