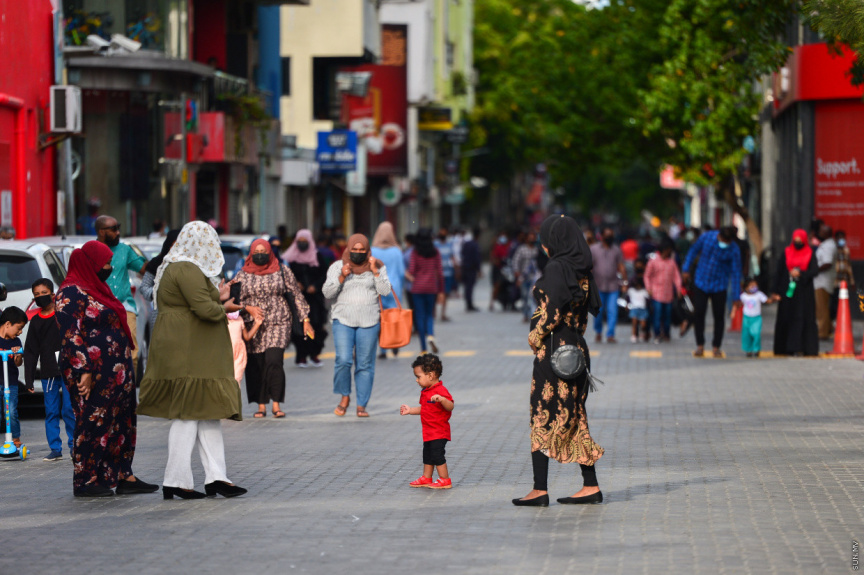 A large number of people walking along the roads of Male' City during the hours at which vehicles were banned from driving on Eid al-Adha 2021. (Sun Photo/Fayaz Moosa)

Maldives Police Service has taken action against six individuals and cautioned 105 individuals over violating the vehicle ban that was in place in the Greater Male’ Area yesterday.

Male’ City Council had taken the decision to impose a vehicle ban in the Greater Male’ Area on the evening of Eid al-Adha from 16:00 hours to 20:00 hours subsequent to a discussion held amongst the general public through Clubhouse. Accordingly, the vehicle ban was in place at Male’, Hulhumale’ and also Villimale’.

The 105 individuals that were cautioned comprised of seven people for Hulhumale’ and 98 people from Male’ City.

While a vehicular ban was in place yesterday in Greater Male’ Area for four hours, public transport service providers such as buses and taxis were allowed to operate under a special permit during these hours.