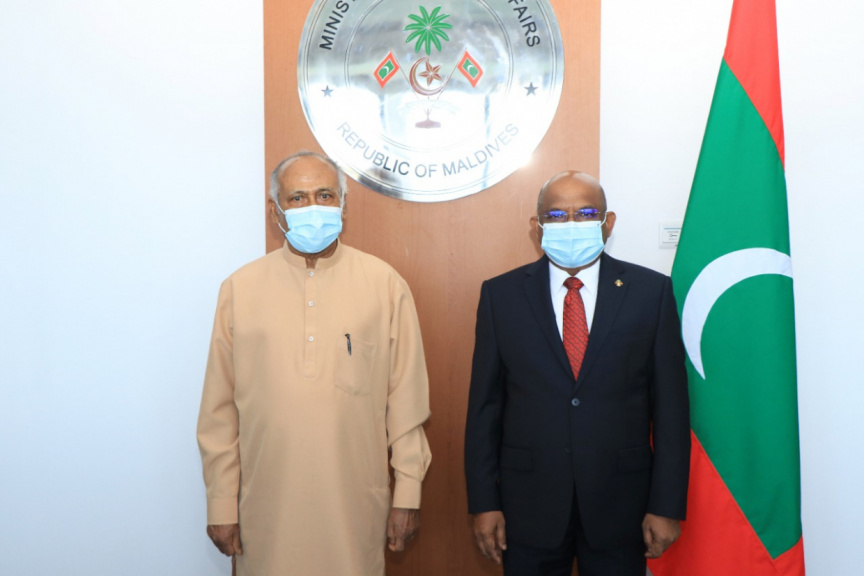 Beddage, who was assumed office as Sri Lankan High Commissioner to Maldives in August last year, called on Shahid at the Foreign Ministry headquarters in Male’ on Thursday afternoon.

At the meeting, Shahid conveyed his sincere gratitude and appreciation for Beddage’s services and efforts to strengthen bilateral ties between Maldives and Sri Lanka during his tenure.

Beddage, in response, thanked the government and people of Maldives for the continuous support and hospitality accorded to him during his stay in Maldives.

Bedagge is a veteran Sri Lankan musician and actor. His contribution to the field of culture and entertainment spans decades.

The Sri Lankan press report he was among artists who supported Podujana Party, which is now the ruling party of Sri Lanka, during the presidential election in 2019.

He is not known to have served any government posts prior to his appointment as the new Sri Lankan High Commissioner to Maldives.

Ashmalee: Payment was made for an 'oil massage'