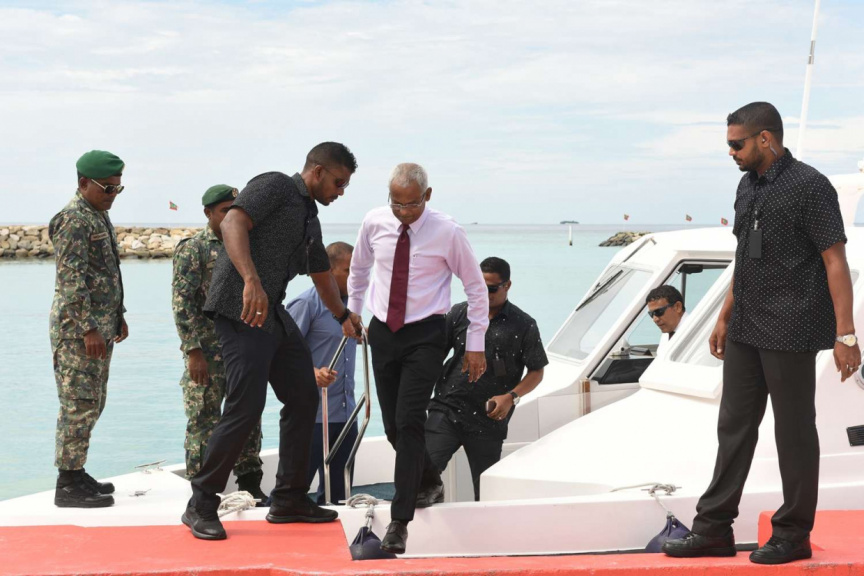 President Ibrahim Mohamed Solih has announced the decision to make an official visit to three islands in Haa Dhaalu Atoll.

In this trip that is planned from July 16 to July 18, the President will be visiting Kulhudhuffushi City, Kumundhoo, and Hanimaadhoo.

Spokesperson of the President’s Office, Mabrook Azeez, noted that until the onset of the COVID-19 pandemic, the President had met with many local councils. He further detailed that the President has conducted a total of 127 meetings with councils and has also personally visited 69 islands – since assuming office.

Mabrook also stated that it is the President’s policy to work closely with the people. In this regard, the implementation of development projects and the provision of essential services with the participation of local councils is his utmost priority.

It was also noted that following the improvement of the COVID-19 situation in the Maldives, the President will also be making visits to other islands as well. Mabrook also assured that the President is closely monitoring ongoing development projects and the concerns of the public.

'Nasheed wants a coalition based on moderate Islam'