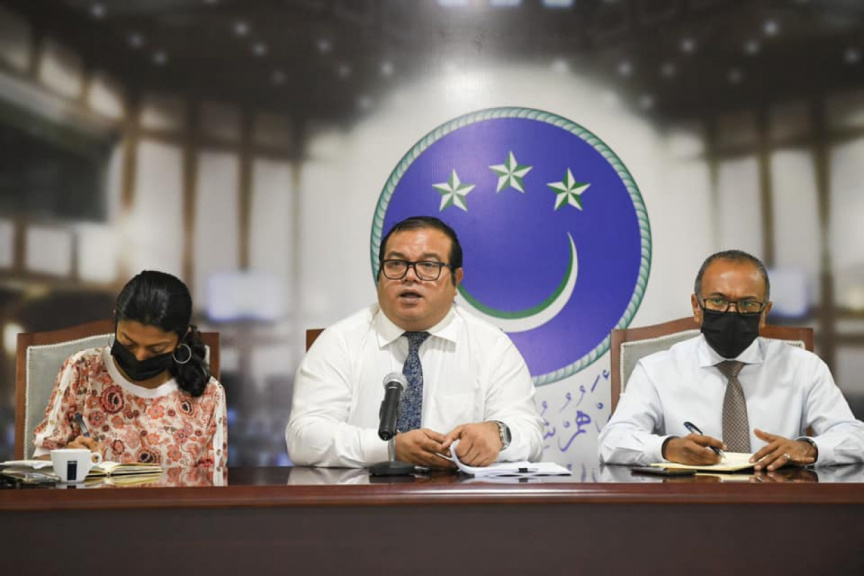 The committee concluded its inquiry into Speaker, former President Mohamed Nasheed’s security breach in relation to the IED attack on May 6, and passed the final report on Wednesday night.

The committee spoke to over 50 parties in its inquiry, and the report makes 45 recommendations.

The committee also recommended expediting the establishment and implementation of a framework for exchange of information required under Counter-Terrorism Act in order to improve the efficiency of exchange on terrorism-related intelligence, an expediting the establishment of a harmonized data system through which Maldives National Defense Force, the police and other institutions declared on the Counter-Terrorism Act can exchange intelligence on matters that may threaten national security.

Both MNDF and the police have stated they received for prior intelligence regarding the attack on May 6.

In the wake of the attack, President Ibrahim Mohamed Solih admitted to the need to strengthen intelligence, an audit of intelligence agencies was conduct under the watch of the Secretary of the National Security Advisor’s Office, Aishath Nooshin Waheed. President Solih said in late June that the audit was close to completion, and that corrective measures will be initiated as soon as he receives the final report.

One of the suspects arrested in connection to the case previously worked as an officer at the Police Drug Enforcement Department’s intelligence unit. Home Minister Abdulla Imran has stated that authorities had initiated a review to root out extremists from within the intelligence community.

May 6 blast: 2 of the 3 suspects released rearrested