MP Saeed: MDP has no confidence in Defense Minister Mariya 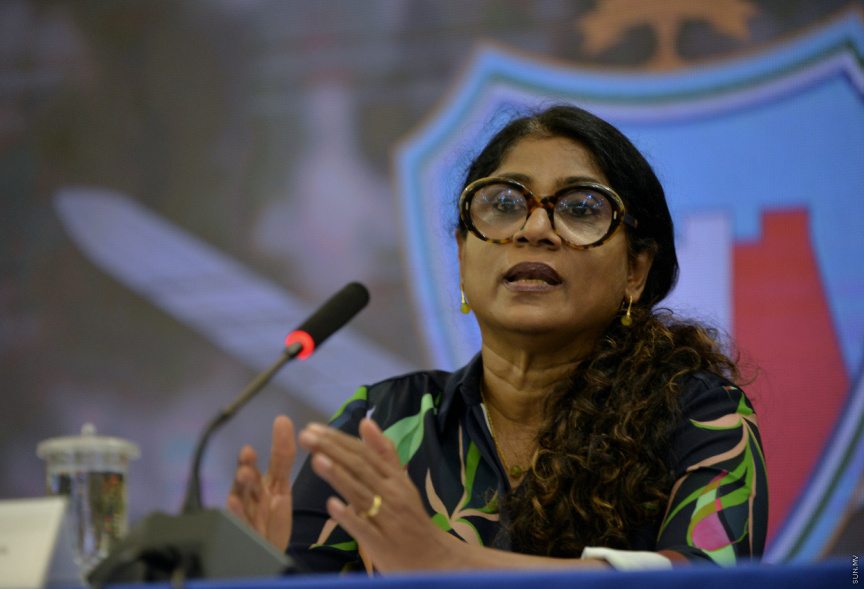 Taking part in the parliamentary debate on legislature to amend Counter-Terrorism Act this Tuesday, Saeed described the attack against Parliament Speaker, former President Mohamed Nasheed on May 6 as an attack against all Maldivians.

Saeed said questioned the competency of the two government ministers in charge of the two intelligence agencies – Maldives Police Service and Maldives National Defense Force – in light of the attack.

He said that MDP itself has named Home Minister Imran Abdulla as one of the culprits behind a coup, and also downplayed the seriousness of the attack against Nasheed.

‘And then there’s Mariya. A member of this very Parliament says he reported [an assassination plot against Nasheed] to Mariya, the defense minister. Given the turning tides within MDP today, we know she no longer has the confidence of MDP either,” said Saeed.

Saeed said he does not believe there’s any authority that is properly accountable for the duties and responsivities entrusted within the government system.

Both the police and MNDF previously stated they received no prior intel on the May 6 attack.

In a press conference attended by Mariya in May, MNDF said that they received no prior intelligence on the attack, and would have prevented the attack if they had.

However, it soon came to light that Hulhudhoo MP Ilyas Labeeb, a member of MDP, received information from a civilian regarding a USD 3 million contract  to assassinate Nasheed, and reported it to Nasheed, and at Nasheed’s instructions – to Mariya.

Mariya later admitted to receiving the information, but said it was not considered “credible, actionable intelligence”.

Nasheed unhappy with probe to find financers of attack