Nasheed’s bodyguard to undergo surgery for injury sustained in blast 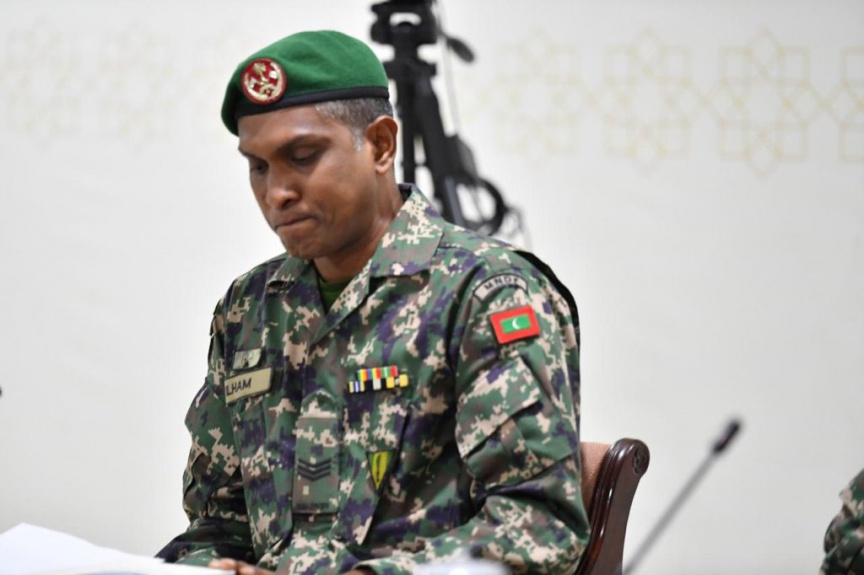 Ilham Adam, one of Parliament Speaker, former President Mohamed Nasheed’s bodyguards, is scheduled to undergo surgery to treat a spinal injury he sustained in the IED attack last May.

In a tweet on Monday morning, attorney-at-law and Nasheed’s brother, Nazim Abdul Sattar said Ilham, who rescued Nasheed from the attack, himself sustained an injury to a spinal disc.

Nazim said that Ilham is scheduled for surgery at Indhira Gandhi Memorial Hospital in Male’ City on Tuesday, and prayed for a speedy recovery.

Nasheed, who sustained serious injuries in the attack, and was rushed to ADK Hospital by his bodyguards. He underwent multiple lifesaving surgeries to remove ball bearings and other shrapnel, some of which perforated his internal organs.

He was transferred to a military hospital in Germany on May 13.

Police are treating the May 6 blast as a targeted terror attack to assassinate Nasheed. They have made three arrests in connection to the case: Ahmed Adhuham Rasheed, 26, Hiyaa, GDh. Thinadhoo; Mujaz Ahmed, 21, Ma. Feyruge, K. Male’; and Thahmeen Ahmed, 32, Folheyma, GA. Kondey. Adhuham is believed to be the man who detonated the IED.