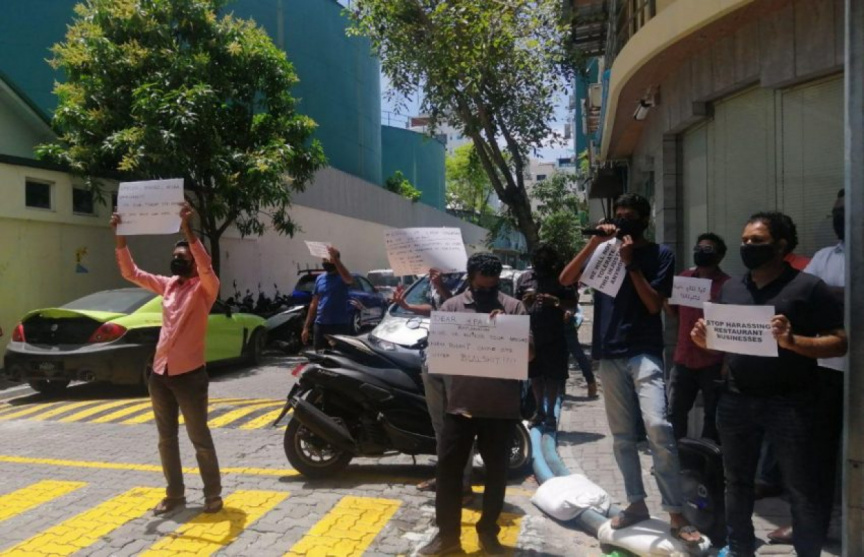 Restaurant Association of Maldives (RAM) has announced in plans on staging a peaceful demonstration in the Maldivian capital over the losses they are incurring due to COVID-19 restrictions.

RAM says the demonstration, named ‘Kaandhey Athugai Dhaih Naalhaa’ – which translates to ‘Don’t Bite the Hand that Feeds You’ - will be held in the Alimas Carnival area in Henveiru district of Male’ City on Monday, June 28.

Industry stakeholders are invited to join the demonstration, said RAM.

RAM said they decided on holding the demonstration due to lack of sufficient response and support from authorities despite repeatedly sharing the concerns of restauranters.

One of the restrictions include a ban on dine-in services at cafes and restaurants – resulting in massive financial losses to restauranteurs.

Restauranteurs have previously shared their concerns with President Ibrahim Mohamed Solih himself.

RAM’s plans to stage a new demonstration in Male’ comes with a curfew in effect in the capital, and a police-issued permit required to go out even during non-curfew hours.