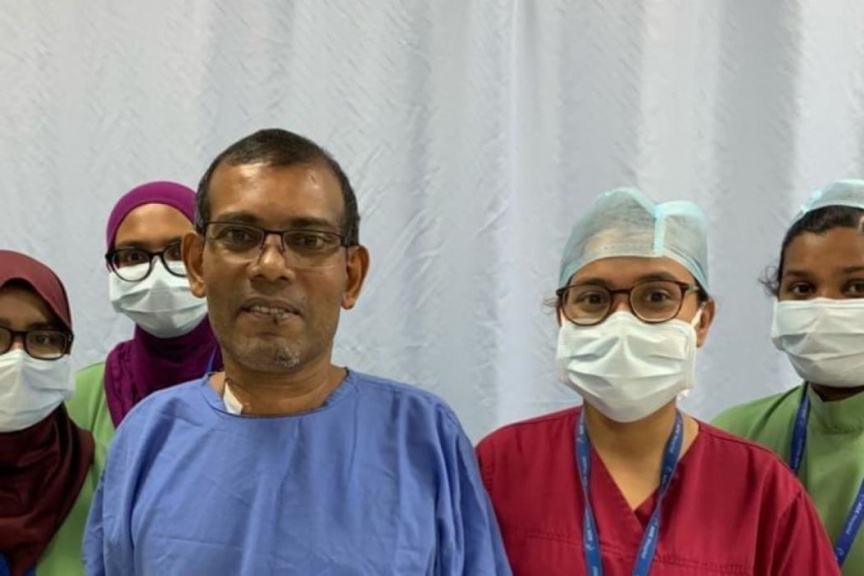 Parliament Speaker, former President Mohamed Nasheed poses for a picture with some of the medical professionals from ADK Hospital.

Nasheed is in Germany receiving treatment following the attack which saw an IED explode near his residence. Committee Chair and MP for Vilufushi Hassan Afeef was speaking in an MDP National Council meeting when he highlighted on his conversations with Nasheed following the attack.

MP Afeef said that the internal injuries sustained from the attack had now healed as well as injuries received to the intestine and lungs.

MP Afeef said that furthermore, a wound on Nasheed's legs had still not healed completely.

Nasheed traveled to Germany on May 13, after receiving life-saving treatment from the ADK Hospital. So far, four people have been arrested in relation to the attack targeting Nasheed, often described by his supporters as the worst terror attack to have been carried out in the Maldives.

Nasheed departs to Scotland to take part in COP26