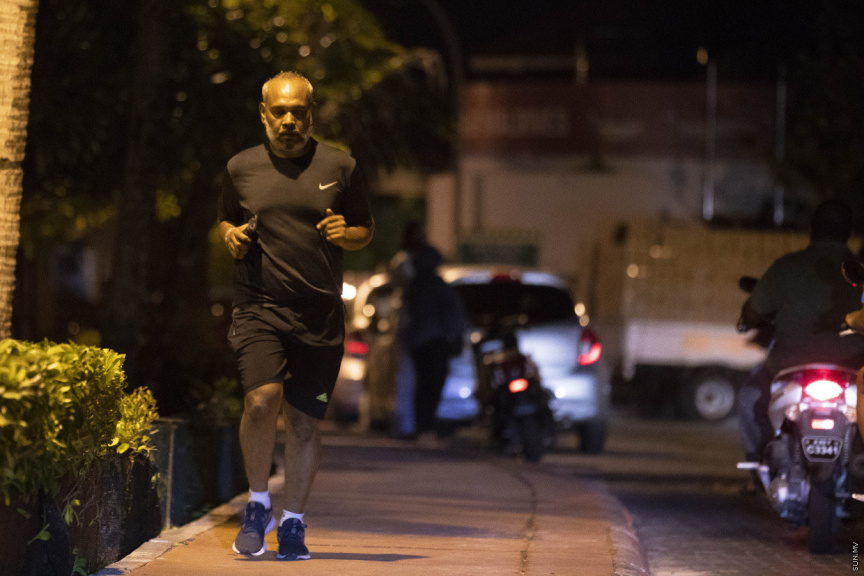 Maldives has shortened the curfew hours in the capital, and has eased the restriction to allow time for people to go out unaccompanied for exercise.

Maldives strengthened restrictive measures, especially in the congested greater Male’ region, following a surge in COVID-19 cases last May. Authorities have offered a slight ease in the measures, which were set to expire later this Tuesday.

In a press conference on Tuesday evening, Health Emergency Operations Center (HEOC) spokesperson and epidemiologist Dr. Nazla Rafeeg said that curfew hours in the greater Male’ region has been shortened to 16:00-04:00 hours.

Meanwhile, people will also be allowed to go out unaccompanied without a permit from 04:00-08:00 hours for exercise, and mosques will be reopened, though congregational prayers will remain banned.

The eases take effect on Wednesday.

Nazla said that restrictions on business establishments such as salons and barber’s shops will also be eased soon. She said that such establishments will be allowed to reopen once they submit an appropriate service plan, and will need to offer services based on appointments and with strict adherence to guidelines.

“New guidelines for salons and barber’s shops will be released soon. Once its released, they will be required to submit a service plan to HPA and our team will inspect their establishments. [Approval will be given to provide services] appointment-based and at specified times,” she said.

Nazla said the guidelines will be released within the next two weeks.

Nazla said that authorities decided against providing significant eases in restrictions, because the exact picture of the COVID-19 situation is unclear, as random sampling was suspended following the surge in cases.

She said that authorities resumed random sampling and active surveillance following the drip in cases last week. And that the policy on contact tracing, which was limited only to high-risk patients following the surge, has also been restored.

Closure of govt. offices extended by another week