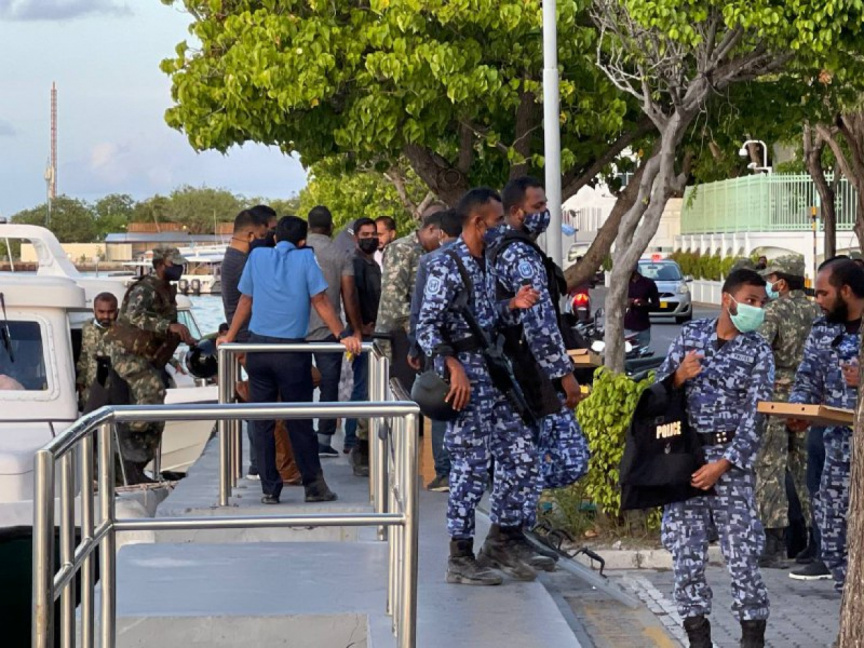 Security forces have concluded the special operation they conducted in prisons in connection to the IED attack on Parliament Speaker, former President Mohamed Nasheed last May.

Officers from Maldives Police Service, Maldives National Defense Force, and Maldives Correctional Service stormed Male’ Prison and Maafushi Prison in the joint-operation at 05:30 am on Saturday.

Authorities confirm the operation is linked with the attack on Nasheed and the ongoing crackdown on extremism.

Both police and Correctional Service have denied rumors of use of tasers against inmates in the operation.

Correctional Service issued a statement on Saturday evening announcing the conclusion of the operation.

However, details of the operation have yet to be released.

Officers who travelled to Maafushi Prison for the operation have returned to the capital.

Police are treating the case as a targeted terror attack to assassinate Nasheed, and have made four arrests in connection to the case: Ahmed Adhuham Rasheed, 26, Hiyaa, GDh. Thinadhoo; Mujaz Ahmed, 21, Ma. Feyruge, K. Male’; Thahmeen Ahmed, 32, Folheyma, GA. Kondey; and Ahmed Fathih, 23, Dhunfiniufaa, L. Gan. Adhuham is believed to be the man who detonated the IED.

In a press conference in early June, one month after the attack, police said they have all key suspects who were actively involved in the attack in custody.

The attack prompted security forces to launch a crackdown on religious extremism in Maldives, in which 14 suspects have been arrested.

Police said their investigation is focused on finding out not just the people who carried out the attack, but also those planned and funded the attack.