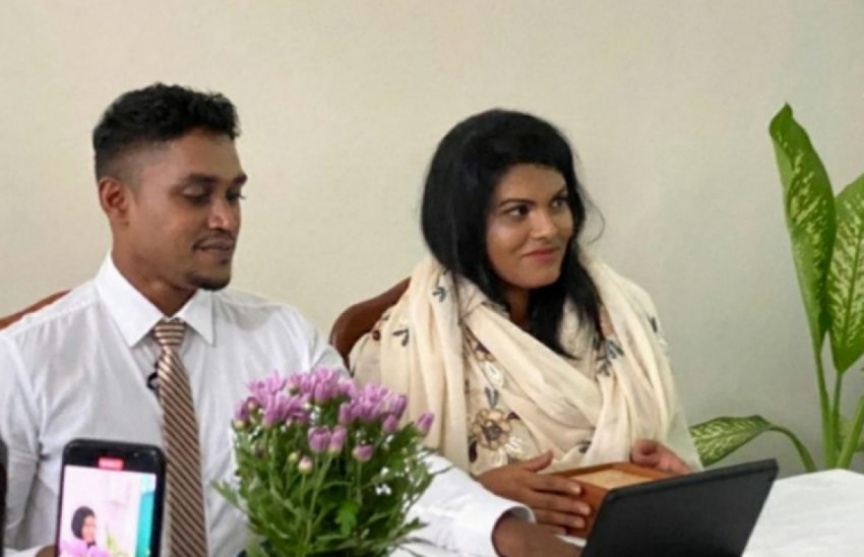 Police have launched and investigation after South Machangolhi MP Ahmed Haitham and his pregnant wife Shajaan Muaz were threatened on the street.

According to the police, they have received a complaint over Haitham and his wife being ganged up on by a group of people on a street in Male’ City, and being yelled at, and threatened.

Police said they are investigating the case.

Haitham and Shajaan got married last October. They are expecting twins.