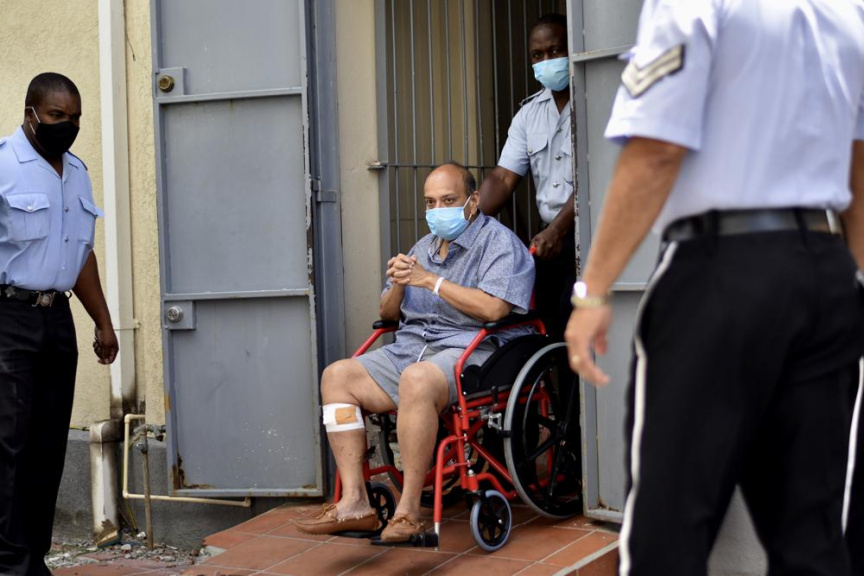 ROSEAU, Dominica (AP) — A wealthy jeweler sought by Indian authorities for questioning in an alleged $1.8 billion fraud case in his native India remained under arrest Friday in the eastern Caribbean island of Dominica following a brief hearing.

Mehul Choksi is accused of illegally entering Dominica in late May after leaving the nearby island of Antigua, where he had been living after fleeing India. The 62-year-old recently pleaded not guilty, although the case is ongoing and he faces another hearing scheduled for Monday.

India’s federal investigators have been trying to extradite Choksi and his business partner, Nirav Modi, since they fled the country in 2018 and question them about an alleged $1.8 billion scam at a large, state-owned bank.

Modi, who ran an international jewelry empire that reaches from India to New York, with a string of high-end brands, is facing extradition proceedings in London. Modi, whose jewels once adorned stars from Bollywood to Hollywood, has been held without bail in London since he was arrested there in 2019. The two men are believed to have fled India in January 2018 before the alleged scam was discovered.

Indian bank officials say the scam appears to have begun in 2011 and occurred at one Mumbai branch of the enormous state-run Punjab National Bank. The official complaint regarding the $43 million fraud states that the two men worked with a pair of bank employees to get fake “letters of understanding.” Bank officials say the letters were sent to overseas offices of Indian banks, which made the actual loans. Numerous Indian news reports say the $43 million is just one part of the $1.8 billion fraud.

Choksi’s company, Gitanjali gems in India, has said Choksi has no connection to many of the firms listed in the $43 million complaint. In a statement, Gitanjali said Choksi “has been falsely implicated in the first place.”

Police in India raided the homes and offices of Modi and Choksi in 2018 and seized nearly $800 million in jewels and gold.

India’s pandemic death toll could be in the millions