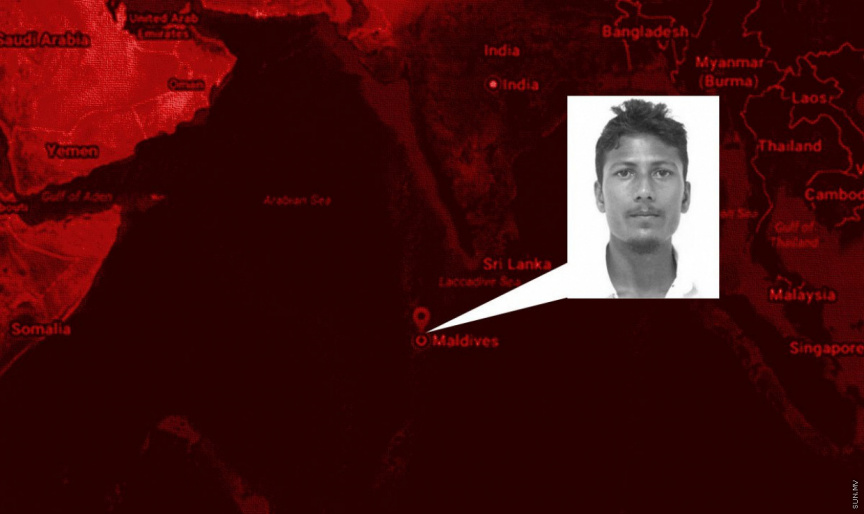 Maldivian police said on Wednesday that the young man reported missing by his family in April is being held as human collateral by an international drug trafficking ring.

Misbah Mohamed, 25, Morning Sun, HDh. Nolhivaranfaru, was reported missing to the police by his family in April. Police asked for public’s assistance in locating Misbah on May 14, and later announced that Immigration records show he boarded a flight to Dubai on November 19, 2020.

A police spokesperson told Sun this Wednesday that Misbah was found to have actually left Maldives on November 11, 2020 at 10:13 pm. Police have traced him taking a plane to Dubai, and then to Pakistan.

“He left for Dubai with Irufan Thagiyyu, Dheyliyaage, S. Hulhudhoo – who ran large-scale drug smuggling and distribution networks in Maldives,” said the spokesperson.

Irufan was arrested a month later, in connection to over 72 kilos of heroin smuggled to Maldives on the fishing boat ‘Masjaree-2’ on December 8, 2020. Prosecutor General’s Office filed charges against 10 suspects in connection to the case.

Police said Misbah and Irufan went to Velana International Airport on Irufan’s car ‘AB1B P1939’ – from which the drugs were found.

Irufan returned to Maldives on an Emirates flight on November 11, 11 days after they left. Misbah did not return with him.

“We therefore believe Misbah Mohamed went to Pakistan to remain as a "guarantor" under the authority of international drug trafficking network which sent the drugs to Irufan Thagiyyu until the payment for the drug shipment smuggled to Maldives was settled.”

Police said they previously reported the date of Misbah’s departure as November 19, 2020 due to erroneous information.

Local drug trafficking rings, instead of settling the full payment for drug shipments, pay a smaller advance payment and offer a Maldivian as collateral to be held by the international drug trafficking ring. The full payment must be paid for the person held as collateral to return to Maldives. Failure in making the payment results in the person being killed, after which the body is cut to pieces and sold off. Some of the people sent as collateral are unaware of the likely dire outcome.