Mancini drops Kean, 6 others from Italy squad ahead of Euros 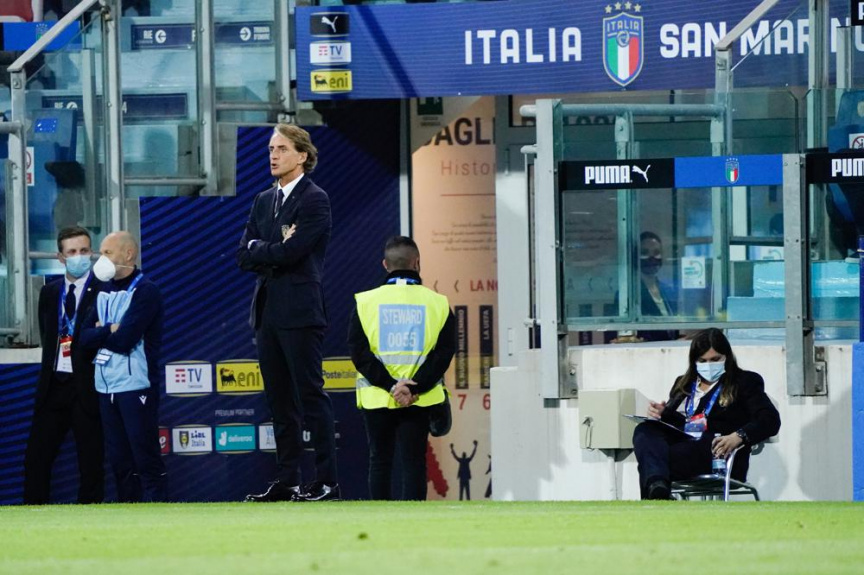 Italy coach Roberto Mancini follows the friendly match between Italy and San Marino, at the Sardegna aren in Cagliari, Italy, Friday, may 28, 2021. (Alessandro Tocco/LaPresse via AP)

Mancini named a 28-man squad on Sunday and a further two players will have to be removed ahead of the announcement of the final 26-man list by the deadline of midnight on Tuesday.

Kean was slated to be third choice at center forward behind Ciro Immobile and Andrea Belotti but he struggled in Friday’s 7-0 win over San Marino. Mancini said after the match that Kean, who moved to PSG on loan from Everton, received a knock early on and was in pain when he exited after the first half.

Chelsea players Jorginho and Emerson were added to the group after they were left out of last week’s 33-man list as they were preparing for the Champions League final against Manchester City.

Italy is in Group A with Turkey, Switzerland and Wales for the European Championship. The opening game of the tournament features Italy against Turkey in Rome on June 11.

Italy will also host the Czech Republic on Friday in a friendly.

The Azzurri are on a 26-match unbeaten run.