Zidane says he quit because of lack of support from Madrid 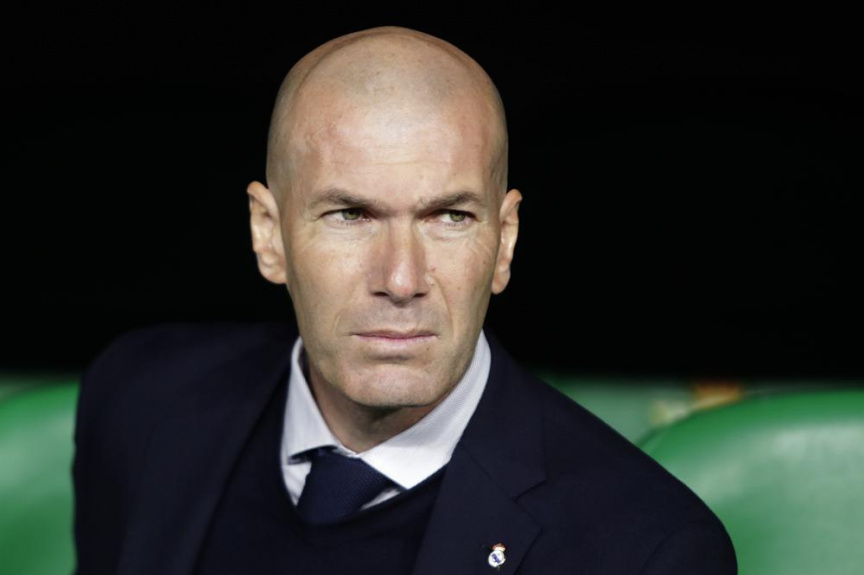 MADRID (AP) — Zinedine Zidane left Real Madrid because he didn’t feel he had the support or respect he deserved from the club, the coach said in an open letter to fans on Monday.

In his first public comments since quitting last week, Zidane said the club didn’t fully value his work and hinted it leaked information to the media to undermine him. The Frenchman said he wished his relationship with president Florentino Pérez had been different in recent months.

Zidane left a year before the end of his contract in his second stint with the Spanish club. The stint began in March 2019 and ended with Madrid finishing the season without a title for the first time since 2009-10.

It was a completely different farewell from when he left the first time after leading Madrid to one of its most successful runs from 2016-18, when the club won three consecutive Champions League titles. He went out on top then, saying the club needed someone fresh at the helm to keep winning.

“Things are different now,” Zidane said in a long letter published by the Spanish sports daily As. “I’m leaving because I feel the club no longer gives me the confidence that I need, it does not offer me the support to build something in the medium or long term.”

The 48-year-old Zidane, who won nine titles in his first stint with Madrid and two in his second, said he deserved more recognition from the club for his work. He said “what we achieved together has to be respected.

“I know football and I know the demands of a club like Madrid. I know that when you don’t win you have to go,” he said. “But this time something very important has been forgotten, everything that I have built on a daily basis has been forgotten, what I have contributed in the relationship with the players and with the 150 people who work at the club.”

Zidane said “in a way he felt reproached” by the club for trying to work on those relationships.

“I was born a winner and I was here to win trophies, but beyond this there are human beings, emotions, life... And I feel that these things have not been valued, that it wasn’t understood that those things are also important for a great club,” he said.

Zidane said he will always be grateful to Pérez for bringing him to Madrid and fighting for him, but he wished his relationship with the president and the club was different in recent months. He said he deserved to be treated better.

He said it “hurt a lot” to constantly read in the media that he was in danger of being fired.

“It hurt me and it hurt the squad,” he said, “because these messages that were intentionally leaked to the media created negative interference within the team.”

Zidane said he wished journalists would have focused their questions more on soccer than on controversy.

“I wished we could have talked more about the ball and the players, who will always be the most important thing in this game,” he said. “We have to take care of football.”

Madrid said after Zidane’s departure on Thursday that it respected his decision and expressed its “gratitude for his professionalism, dedication and passion over the years and what he means to Real Madrid.” The club said Zidane ”is aware that he has a place in the hearts of the Real Madrid fans and that he will always have a home at Real Madrid.”

The club has yet to announce a replacement for Zidane, with Antonio Conte, Mauricio Pochettino, Xabi Alonso and Raúl González among the possible candidates for the job.

Messi strikes twice in 2nd half in Barca v Valencia