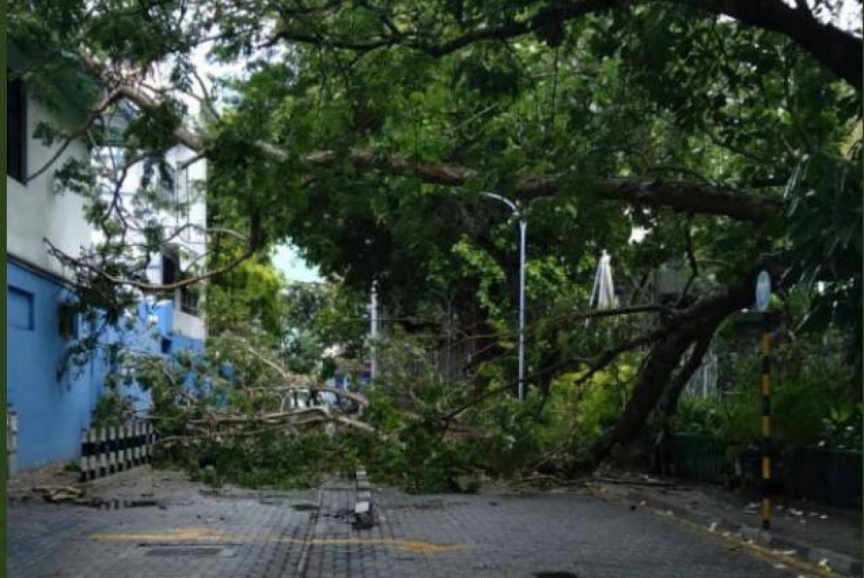 A tree fell over during strong winds blocking the entire Lily Magu on May 28, 2021.

A tree in Sultan Park has fallen over due to strong winds, blocking the entire Lily Magu of Male' City.

Male' City Mayor Mohamed Muizzu said that work has now been commenced on removing the tree and clearing the road.

Maldives Meteorological Services (Met Office) has warned that the nation could face rainfall and bad weather for the next three days as the rainy season strengthens.

Seas are also expected to be moderately rough and rough during gusts. Some islands may face tidal waves according to Met Office.