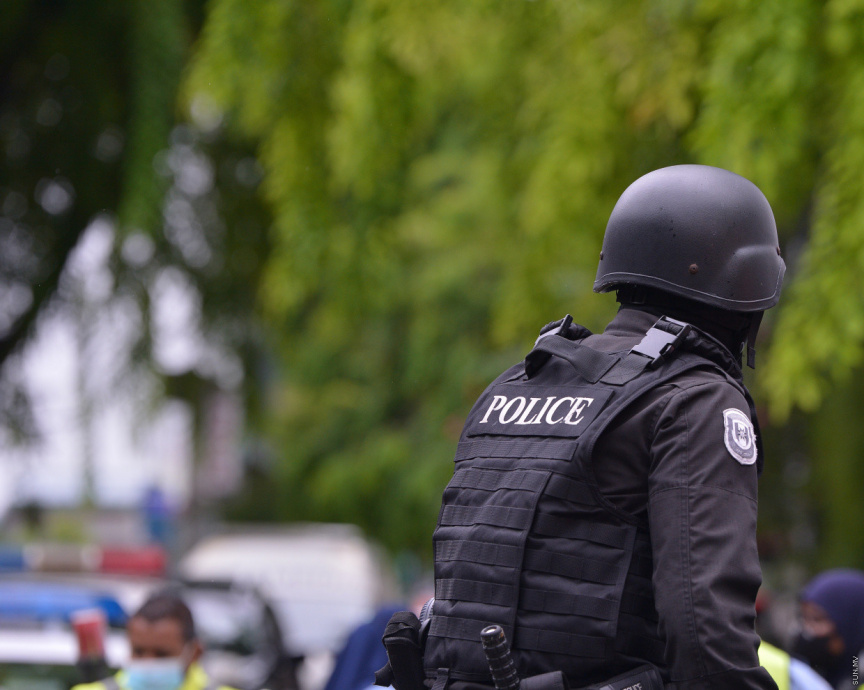 A man has been arrested in Hulhuamale in connection with terrorism.

The individual arrested under a court order is Mohamed Zoomaal Zareer (29) from Hulhumale' Flat no. 56-3-07. He has been ordered to be detained for a period of 15 days.

Police have not yet officially commented on whether Zoomaal is connected with the May 6 terror attack on ex-president Mohamed Nasheed. Police presented an intelligence report when Zoomaal was presented to the court for his remand. Police also confiscated all electronic devices belonging Zoomaal. He has a criminal record.

Police said that Zoomaal could obstruct the peace and security of the society if he was not arrested could potentially endanger national security.

Zoomaal has denied the allegations by police who are now conducting extraction operations of the data and information from the electronic devices confiscated.

Police have also alleged that Zoomaal is an extremist who advocated for separate congregational prayers from mosques, due to extremist ideology. Police also said that Zoomaal held classes to spread his ideology and that even worked to damage the public unity.

He is also accused of supporting a terrorist organization abroad and recruiting locals to travel and take part in the wars of terror groups. Police then accused Zoomaal of planning a terrorist attack.

Four people were previously arrested in relation to the attack on Nasheed. Three from Male' City and one from the island of B. Dharavandhoo.

Nasheed is still in Germany where he traveled for extra medical care, after undergoing lifesaving procedures at the ADK hospital, following the blast on May 6.