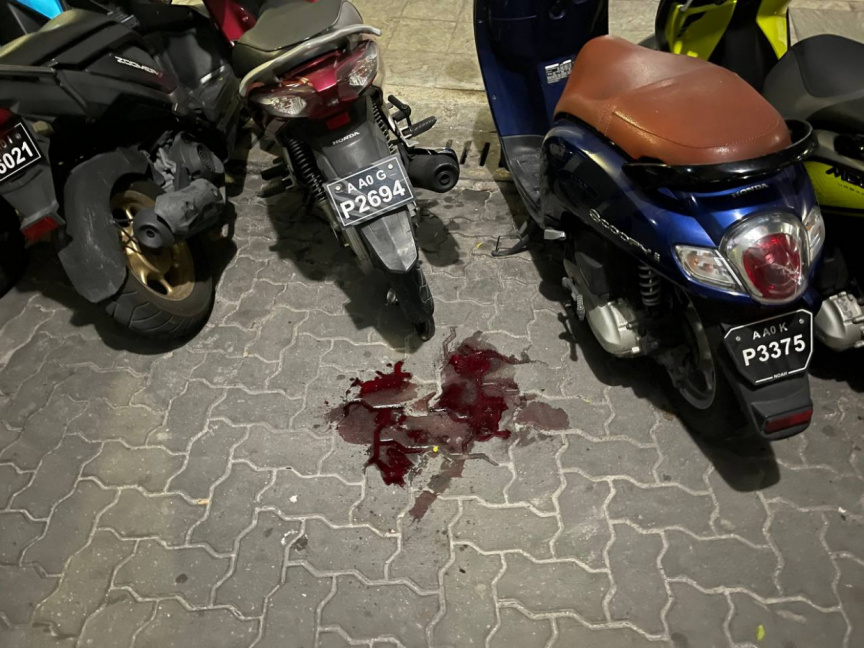 Blood is seen on the street where a man fell from the fifth floor of a building on May 22, 2021. (Sun Photo/Mohamed Muzain Nazim)

A man who fell from the fifth floor of a building located in Maafannu district of Male’ City in early Saturday, and was rushed to Indhira Gandhi Memoria Hospital (IGMH) for treatment.

The man fell from the fifth floor of En’dherikuri. The building is located in Ithaa Goalhi, and is adjacent to En’dherimaage – the residence of former Maldivian President Maumoon Abdul Gayoom.

Police said the incident was reported to the authority at approximately 01:00 am on Saturday.

They identified the man as who fell as a 33-year-old Maldivian male.

Eye witnesses told Sun the man was taken to IGMH by MNDF officers.

A similar incident took place in suburban Hulhumale’ in early Friday, when a 21-year-old was found bleeding in the street after falling from a building. He, too, is being treated at IGMH.