Israel to donate COVID-19 vaccines to 19 countries, including Maldives 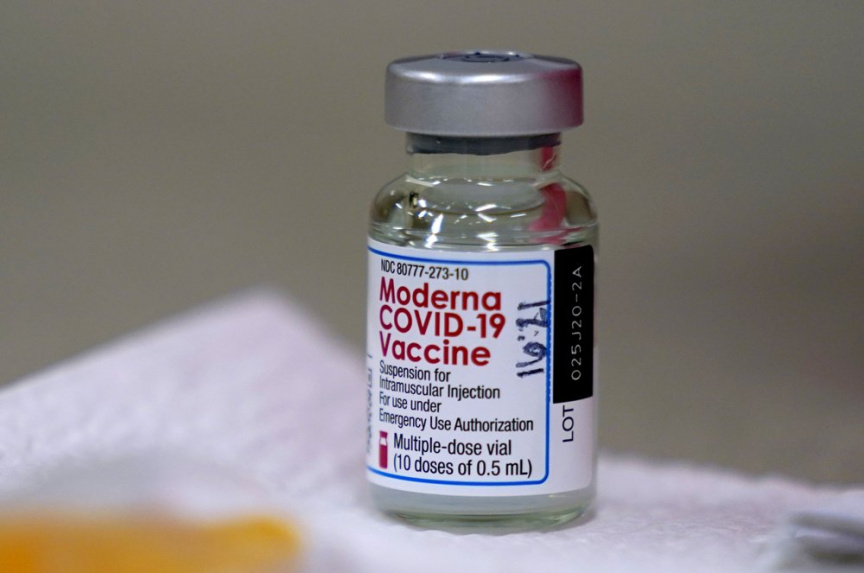 In this file photo dated Wednesday, Dec. 30, 2020, a bottle of Moderna COVID-19 vaccine on a table before being utilised in Topeka, USA. (AP Photo/Charlie Riedel, FILE)

Maldivian government stated on Monday that Israel has not extended any offer to provide COVID-19 vaccines to the island nation, though Israel made an announcement earlier this year that it intends to transfer vaccines to 19 countries, including Maldives.

According to an article posted by Bloomberg in February, which references a report by Israeli Kan News, Israel has decided to transfer shipments of 1,000-5,000 doses on Moderna vaccine to Maldives, Cyprus, Mauritania, Hungary, Honduras, Guatemala, Czech Republic, San Marino, Ethiopia, Chad, Kenya and Uganda.

The decision was criticized by several members of Israeli Prime Minister Benjamin Netanyahu’s Cabinet, including his Defense Minister Benny Gantz.

Gantz said in a tweet that “the fact that Netanyahu is trading in the vaccines that belong to the citizens of Israel that paid for them through their taxes, without any accountability, shows that he thinks he is running a kingdom, rather than a state.”

Despite Israel's announcement it intends to transfer vaccines to Maldives, President's spokesperson Mabrook Azeez said in a press conference by Health Emergency Operations Center (HEOC) on Sunday night that Maldives has not requested Israel for vaccines.

He made the statement in response to a question from a reporter.

And an official from Maldivian Foreign Ministry told Sun this Monday that though Israel announced it plans on transferring vaccines to Maldives, the country has not made any such offer to Maldives itself.

“Israel has not engaged in any discussions with the government regarding providing vaccines. The country has made no move, except for making that announcement,” said the official.

Moderna has yet to be approved.

The decision by Israel to transfer vaccines to Maldives comes with scores of Maldivians taking to social media to condemn Israel’s aggression against the Palestinian people. An emergency motion was presented at the Parliament this Monday calling for a ban on Israeli tourists and import of Israeli products until Israel’s ceases its offensive.

Note: This article has been revised to include comments from Maldivian Foreign Ministry.